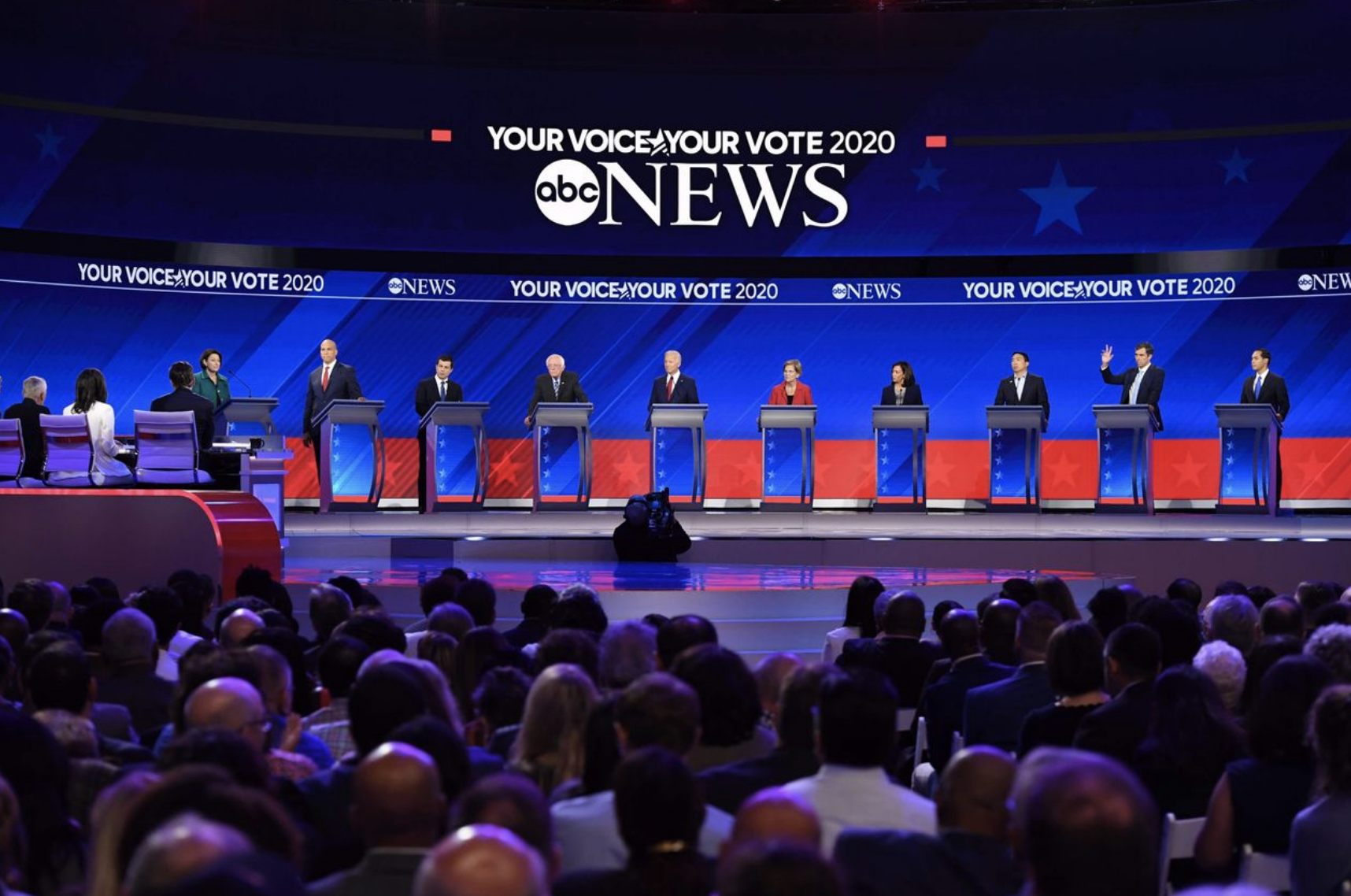 There is a tension visible in virtually every Democratic presidential contender’s campaign. At last Thursday’s debate in Houston, candidates offered hopeful, optimistic appeals for national unity—along with ferocious attacks on President Trump. Some even added denunciations of America. In combination, the effect was jarring.

Sen. Kamala Harris was a prime example. She said, “The vast majority of us have so much more in common than what separates us, regardless of our race, where we live, or the party with which we’re registered.” She promised to focus “on our common issues, our common hopes and desires, and in that way, unifying our country.”

This was shortly after she accused Mr. Trump of having “spent the last 2½ years full-time trying to sow hate and division among us.” She accused him of using “hate, intimidation, fear and over 12,000 lies” to distract from his policies. She also held the president responsible for the El Paso massacre: “He didn’t pull the trigger, but he’s certainly been tweeting out the ammunition.”

Former Texas representative and skateboarder Robert Francis O’Rourke offered a similar mixture of aspirational rhetoric and vicious personal attacks. He first complained about “the bitterness, the pettiness, the smallness of the moment” in which America finds itself, saying, “We have to be bigger.”

Then he decried “how dangerous Donald Trump is” and blamed him for El Paso, saying the shooter was “inspired to kill by our president.” He then went further, declaring “we have a white supremacist in the White House,” who “poses a mortal threat to people of color all across this country.” Is that supposed to be “bigger” and rising above “bitterness” and “pettiness?”

Sen. Cory Booker followed suit, recalling a mentor who challenged him to realize that “if you’re stubborn and defiant and can put forth a vision that can unify people, then we can make transformative change.” Of course Mr. Booker also called Mr. Trump “a racist,” and said America suffered from “systematic racism that is eroding our nation.” It’s difficult to unite a country while also accusing it of being led and dominated by white bigots.

South Bend Mayor Pete Buttigieg also crossed his campaign’s streams. He proclaimed that “we need to rise to some of the greatest challenges we’ve ever seen” and recalled 9/11 as “a moment we came together as a country.” But rather than merely attack Mr. Trump, Mr. Buttigieg also went after President Barack Obama, saying “Democrats and Republicans alike voted to build a wall that has produced thousands of deaths” and were responsible for “deporting people, hundreds of thousands just in the Obama administration alone, who posed no threat.” This support for open borders—echoed by other debate participants—will hardly bring the country together behind the Democrats in 2020.

Sen. Elizabeth Warren struck an uplifting note: “I know what’s broken, I know how to fix it, and I’m going to lead the fight to get it done.” But while she shunned assaulting Mr. Trump, she targeted “a corrupt political system” run by the rich and powerful that left “the drug companies or the insurance companies or the fossil-fuel industry determining what’s happening in Washington.” So it’s either her or the forces of darkness. Got it.

As the grumpy Vermonter is wont to do, Sen. Bernie Sanders dispensed with a positive vision altogether and focused on painting a relentlessly grim picture of America, calling Mr. Trump “the most dangerous president” in history and bashing the U.S. as an “oligarchic form of society where a handful of billionaires control . . . economic and political life.”

Former Vice President Joe Biden was the lone exception. He maintained the most consistently positive tone, saying of Americans that “there has never been a single solitary time when we’ve set our mind to something we’ve been unable to do it. We’re walking around with our heads down like woe is me. We’re the best-equipped nation in the world to take this on. . . . We should get moving.” But the negativity of nine others on the stage overwhelmed his message.

Whatever good Democrats did their collective cause by striking grace notes was swamped by their harsh personal attacks on the president and over-the-top criticisms of America. These assaults may enthuse the hard-core Democrats, but they will leave skeptical voters in the middle unmoved while pulling all the party’s candidates further left.

None of this helps Democrats, but we’ll see more of it, since this is what that party’s inflamed base demands. With nine more intraparty presidential debates to go—three this year and six next—Democrats are digging themselves a hole that will be difficult to escape.