Health Care Is The Sleeper Issue Of 2018 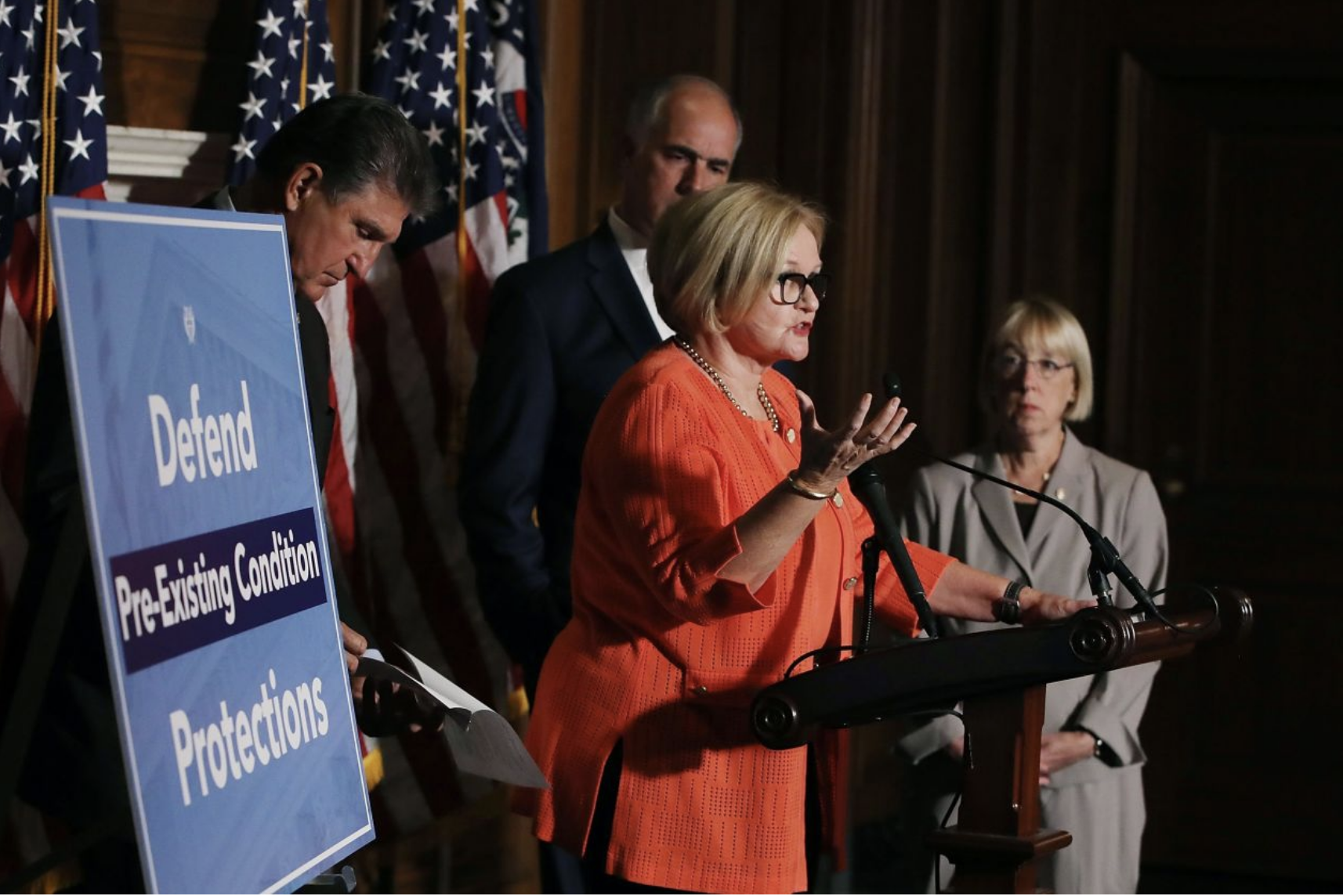 The Democrats’ most potent national policy issue in the 2018 midterms is health care, and it’s showing up on TV. One Arizona ad says Martha McSally, the Republican congresswoman running for Senate, “voted to gut protections for people with pre-existing conditions.” Another, in North Dakota, accuses GOP Senate nominee Kevin Kramer of “voting five times to let insurance companies deny coverage to people with conditions like cancer.”

Ads like this are filling the airwaves in races for Congress and governorships. GOP candidates ignore them at their peril. There are powerful responses, but Republicans must deploy significant resources and energy for them to prevail.

The pre-existing-conditions offensive against the GOP is based on its votes to repeal ObamaCare. But the truth is that Ms. McSally, Mr. Cramer and every Republican in Congress who voted for repeal also voted to require states to provide protections for people with pre-existing conditions. The GOP approach was to let each state figure out how best to accomplish this under a federal system that worked better than the Affordable Care Act. Republicans trusted leaders in state capitals to do better than Washington for the people of their states.

Democrats mistakenly insist Americans must accept all of ObamaCare’s failings—lost coverage, lost doctors, skyrocketing premiums and more—if they want protections for those with pre-existing conditions. The GOP should argue that they can cover Americans with pre-existing conditions without the damage ObamaCare has inflicted. This puts Republicans on offense and positions them as change agents rather than defenders of a health-care system many Americans believe is broken. Dallas-based policy analyst John Goodman suggests Republicans could strengthen their argument by requiring state plans that protect pre-existing conditions meet certain federal standards. These might include reducing premiums and out-of-pocket costs and expanding access to networks compared to ObamaCare.

For their argument to resonate, Republicans must also make the issue personal. Missouri Attorney General and Senate candidate Josh Hawley, when attacked on this issue in a debate by Sen. Claire McCaskill, revealed that one of his sons was recently diagnosed with a rare bone disease. He acknowledged that he had joined a lawsuit to declare ObamaCare unconstitutional. But he said that because of his personal experience, “I will never support taking away health insurance coverage for people with pre-existing conditions.” He added: “The question is, are we going to have to have ObamaCare to do it?” Other Republicans should also discuss their experiences in a way that demonstrates understanding and empathy.

There are additional opportunities for Republicans to appeal to voters on health care. After all, Democrats are raising an issue that directly affects only the roughly 4% of Americans who get their coverage on the ObamaCare exchanges. What about the 56% of Americans who get health insurance from their employer? Or the 13% who buy it in the non-ObamaCare individual market? Or the 9% who are uninsured, especially those who don’t qualify for Medicaid or Medicare?

Republican candidates should talk about ways to help a broader swath of Americans by making insurance more affordable and accessible overall. Workers should be able to put more money away in health savings accounts. The limits on HSAs could also be relaxed so they cover costs like telemedicine, phone and email consultations, concierge doctor services, home visits and chronic-disease management. Association health plans could be expanded to allow small businesses to pool risk and get lower prices. GOP candidates should also consider making low-cost catastrophic coverage available for everyone and offer subsidies to help low-income families afford it.

What about people who remain uninsured while they are healthy and then opt in after getting sick? Democrats and Republicans already solved this problem for seniors who don’t sign up for Medicare or Medigap insurance when first eligible: They’re penalized by somewhat higher premiums based on how long they delayed signing up. But the key is making insurance affordable so people decide to get covered in the first place.

The pre-existing-condition issue isn’t going away. Democrats have few other arguments that can draw blood in the red districts they must carry to win the House and the red states they need to pick up the Senate. An effective GOP defense requires engaging Democrats rather than running from them and joining strong policy arguments with passionate advocacy. Republican chances this November will improve if the GOP fights this issue to a draw.