The Republicans Who May Save ObamaCare 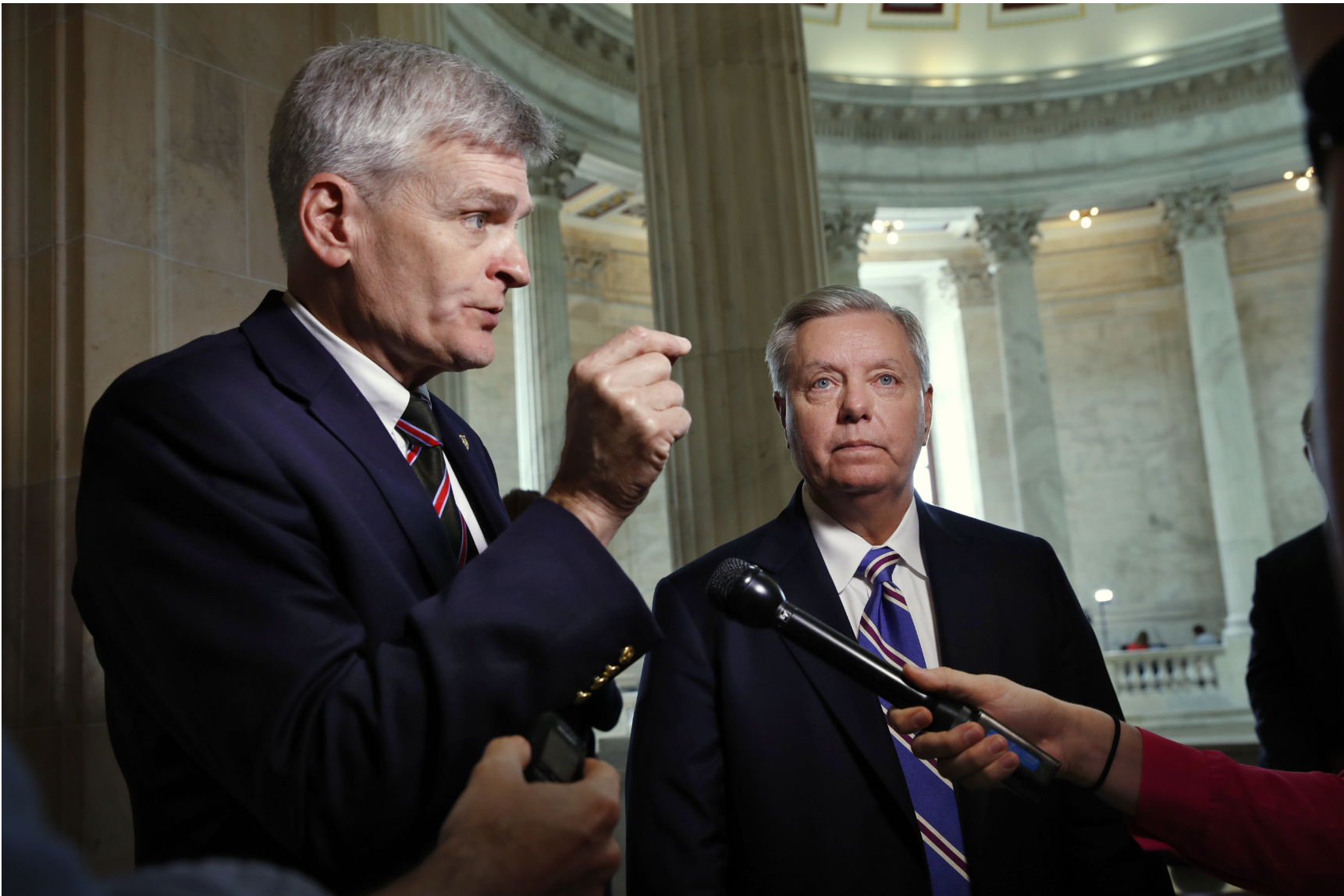 Like Lazarus, the Republican effort to repeal ObamaCare has risen from the dead. Pundits dutifully filled out the toe tag in July, after a repeal-and-replace bill failed to pass the Senate. Now comes new legislation championed by Sens. Lindsey Graham and Bill Cassidy, which just might get the 50 GOP votes needed for Vice President Mike Pence to break the tie and pass the bill.

Since leaders in the House have signaled they’re ready to approve Graham-Cassidy, Senate passage would clear the way to ending the individual and employer mandates, repealing the medical-device tax, and phasing out the ObamaCare exchanges and their highly prescriptive regulations.

The Graham-Cassidy bill would give states as a block grant the money now spent on ObamaCare’s Medicaid expansion, its tax credits on the exchanges, and its cost-sharing and premium-support payments to insurers. States then could use those dollars on health-care initiatives devised by legislatures and governors that would meet the needs of their low-income residents.

Rather than operating under ObamaCare’s top-down model, states could choose different ideas in an explosion of federalism. Some might provide low-cost plans for young people or catastrophic-care policies. Others might expand health savings accounts or institute more-sensible regulations. Liberal states could even duplicate the ObamaCare exchanges, if they want to implement a failed model. In any case, states would have to continue to provide some form of coverage for people with pre-existing conditions.

Passage of Graham-Cassidy would spark a nationwide conversation in state capitals about the best ways to increase access to health insurance, especially among the working poor and near-poor who don’t have employer-provided coverage. This would be good for innovation and competition.

Still, with only 52 votes in the Senate, Republicans cannot afford more than two defections. They must also act before Sept. 30, the end of fiscal 2017, to take advantage of this year’s budget reconciliation process, which would allow Graham-Cassidy to pass with only 51 votes. The danger is that there are at least four Republican senators at risk of voting “no.”

Sen. Rand Paul, the Kentucky libertarian, has already come out against Graham-Cassidy because it doesn’t repeal all of ObamaCare. But by opposing a measure that does away with much of ObamaCare’s structure, he may guarantee that the Affordable Care Act endures permanently. By contrast, Kentucky Gov. Matt Bevin isn’t making the perfect the enemy of the good. He believes his state can devise a better program, which is why he supports Graham-Cassidy.

Sen. John McCain, a strong opponent of ObamaCare for seven years, has said he wants to hear from his state’s governor and to have Graham-Cassidy considered in regular order. Arizona Gov. Doug Ducey responded by endorsing the bill, and Mr. McCain’s colleagues have scheduled hearings on it next week.

Sen. Lisa Murkowski’s Alaska faces unique health-care challenges: a population spread across vast distances and a substantial number of Native Alaskans without ready access to doctors and hospitals. If her state is guaranteed a significant flow of federal funds, as Graham-Cassidy would do, who’s more likely to figure out what will really work for Alaskans—lawmakers in Washington or those in Juneau?

Sen. Susan Collins faces a similar question: Who is in a better position to find the right solution for Maine? A safe bet is on state officials given Maine’s record of home-brewed health policy innovation. For instance, Maine was a pioneer in devising a high-risk pool to cover people with pre-existing conditions.

The Senate’s failure in July damaged the GOP’s credibility, and not only among Republicans. Independents are now wondering if the party can be trusted to deliver on major promises and govern effectively.

If this second attempt to repeal ObamaCare collapses, President Trump will likely stoke the sense of grievance that’s inflaming grass-roots Republicans. None of the four skeptical senators are on the ballot in 2018, but the GOP’s paper-thin majority is. So are their friends and colleagues, and voters aren’t going to make distinctions if this fails.