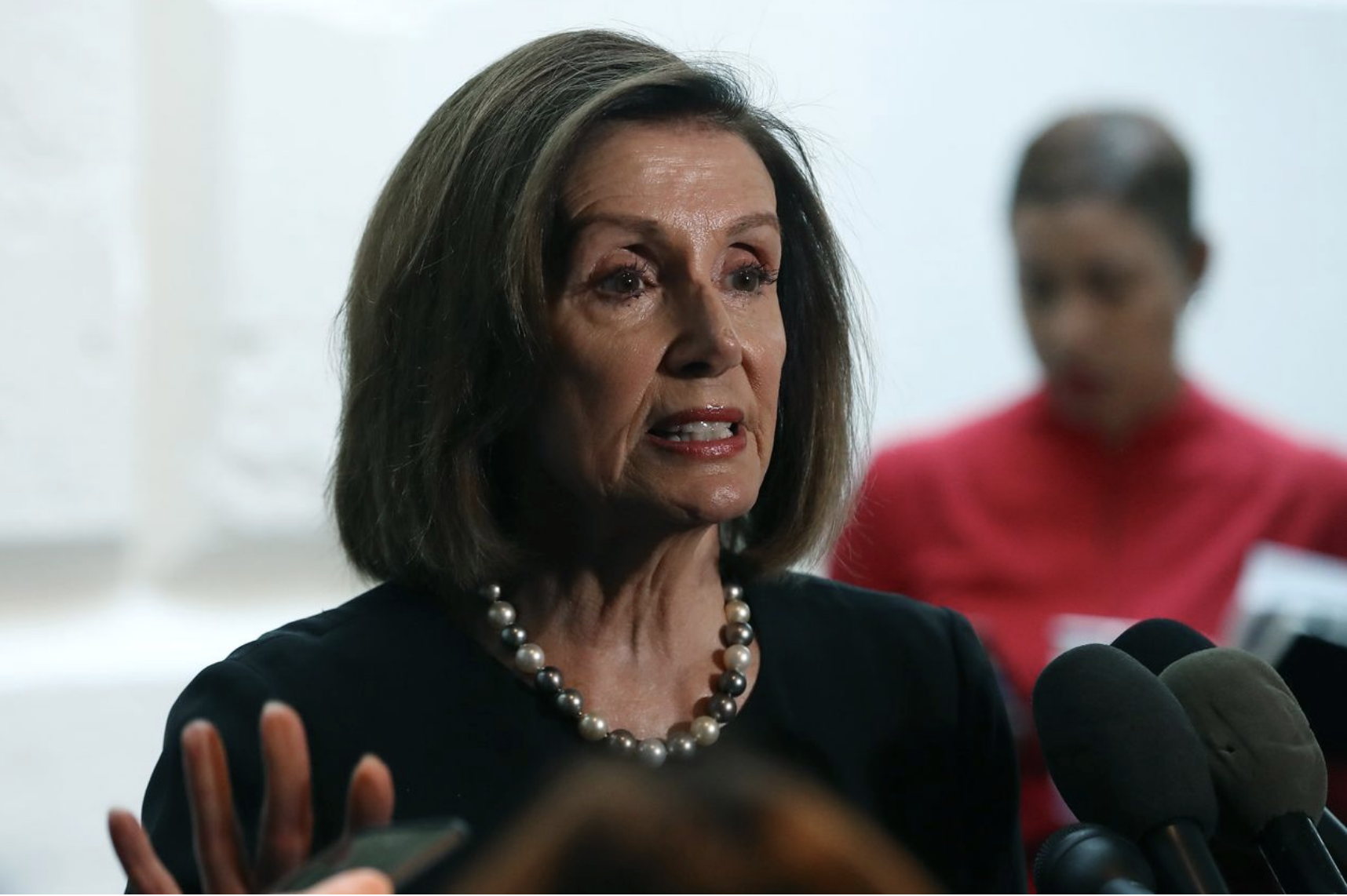 Speaker Nancy Pelosi’s announcement that the House will formally consider President Trump’s impeachment has plunged America into a constitutional crisis.

Mr. Trump smartly released the rough transcript of his July 25 conversation with Ukrainian President Volodymyr Zelensky. It undermines Mrs. Pelosi’s claim (made after the transcript’s release but before she had read it) that Mr. Trump “asked a foreign government to help him in his political campaign at the expense of our national security.” Yet don’t expect the president’s act of transparency to deter Democrats who want him removed from office.

The president won’t be forced from the White House even if Mrs. Pelosi finds 218 votes for impeachment. Instead we would likely see a repeat of what happened to Bill Clinton: the House votes to impeach and the Senate falls well short of the two-thirds majority required to remove him.

Rep. Alexandria Ocasio-Cortez enthuses that pursuing impeachment “puts the party in a new direction.” That may be true, but other Democrats will likely be hurt during this political firefight, some of them dangerously so.

There’s no doubt that Mr. Trump should have left the question of Joe Biden’s work in Ukraine to Attorney General Bill Barr, who’s conducting an investigation that touches on the intersection of Ukraine and the 2016 election. Nevertheless, Americans will ask why Mr. Biden was apparently blind to the appearance of impropriety when in 2015 and 2016 he pressed the Ukrainian government to step up anticorruption efforts while his son Hunter was working for Burisma, a Kiev-based holding company, owned by Mykola Zlochevsky.

Hunter Biden became connected to the company in 2014, when Ukrainian prosecutors were scrutinizing it for possible money laundering and official corruption. The latter stemmed from Mr. Zlochevsky’s time as a government minister in charge of doling out licenses for natural-gas extraction, many of which ended up going to companies controlled by Burisma. Neither Mr. Zlochevsky nor Burisma were ever charged with any crimes and they deny all wrongdoing.

Burisma put Hunter Biden and another American, Devon Archer (a friend of then-Secretary of State John Kerry), on its board. The Wall Street Journal reports the young Mr. Biden made as much as $50,000 a month during his five years with Burisma, despite having no background in natural gas or Ukraine.

Even so, the Obama administration let Vice President Biden take the lead in lecturing the Ukrainians about corruption. Growing knowledge of this situation, certain to emerge during any impeachment inquiry, could doom the senior Mr. Biden’s presidential hopes.

Sen. Elizabeth Warren and Rep. Adam Schiff could also come to regret recent comments. On Saturday Ms. Warren called for Mr. Trump’s impeachment for having “solicited another foreign government to attack our election system.” In a Tuesday fundraising email, Mr. Schiff accused the president of having “pressured a foreign leader to make up dirt on one of his political opponents.”

Both claims are irresponsible. They’re also hypocritical: In 2016 Hillary Clinton’s presidential campaign funneled money through a law firm to pay an opposition research firm, Fusion GPS, to hire a British former intelligence agent to reach out to his contacts in Moscow—Russian former intelligence agents—to ask for dirt on Donald Trump. The result was the now-discredited “Russian dossier.”

Neither Ms. Warren, Mr. Schiff nor any other major Democratic leader criticized Mrs. Clinton for “soliciting another foreign government to attack our election system” or inviting Russian intelligence to “make up dirt on her political opponent.”

Mrs. Pelosi knows impeachment is unpopular with voters, especially in the 43 Republican districts that Democrats flipped in 2018. She knows impeachment will drown out all other messages, leaving Democrats without a record of achievement next fall. She realizes the most likely Democratic casualties at the polls will be moderates, not Democrats from safe, left-leaning districts, leaving Mrs. Pelosi to preside over a more rambunctious caucus, even if she retains the House majority.

And yet Mrs. Pelosi announced an impeachment inquiry, despite lacking the 218 votes that previous impeachment efforts needed to proceed formally. This was an act of weakness—surrendering to pressure from inside the House Democratic caucus—not strength.

House Democrats are on a high today, congratulating themselves on their new crusade. They’ll soon realize the grim truth that impeachment is a loser of an issue—and that they will suffer political casualties for going down this road.