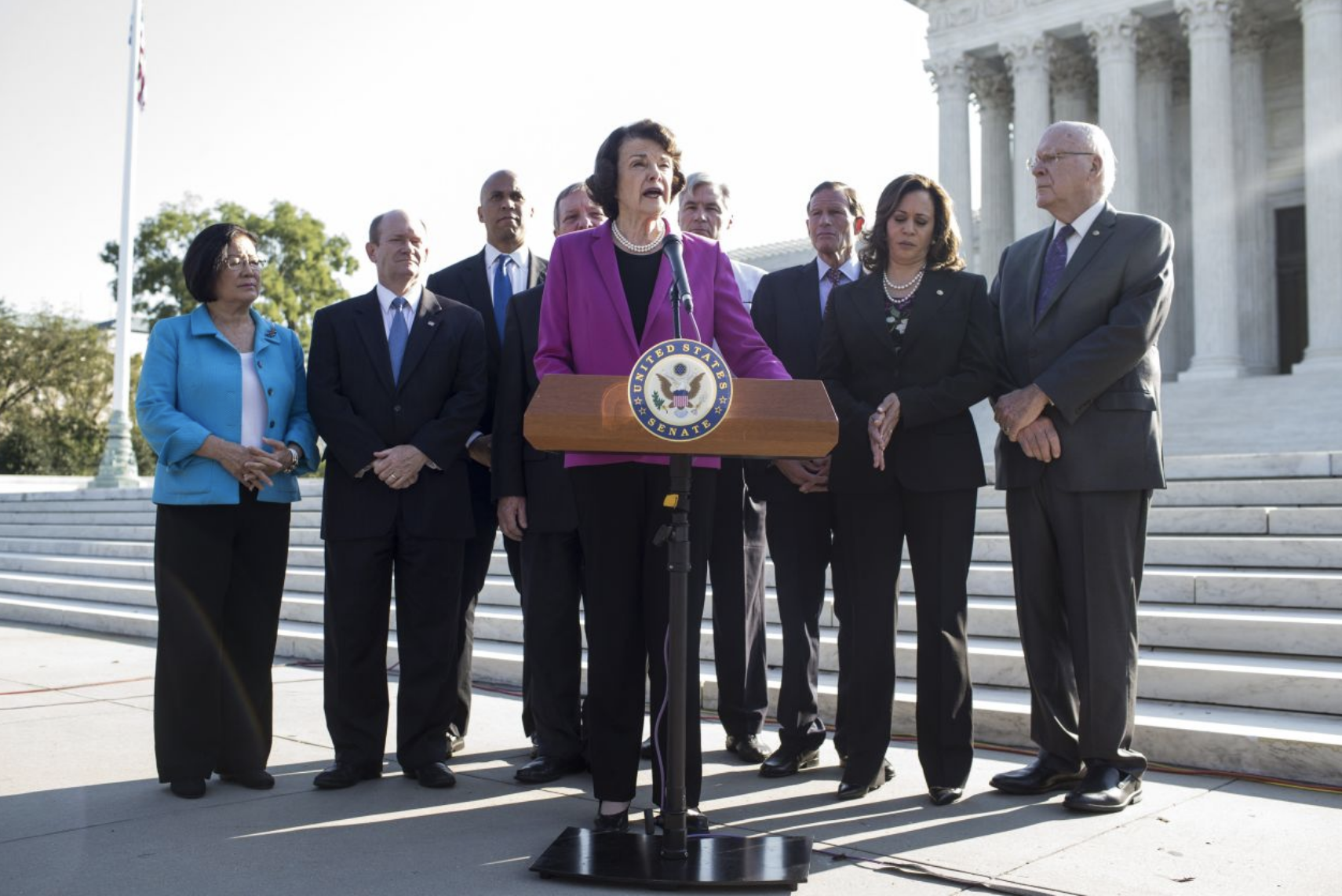 Thursday will be an immensely consequential day for America. As of this writing, Christine Blasey Ford is scheduled to appear in the morning before the Senate Judiciary Committee, followed by Judge Brett Kavanaugh. They both deserve to be heard, but the hearing could devolve into a circus.

Sen. Dianne Feinstein could have avoided this chaos if she’d acted properly in July after receiving Ms. Ford’s letter alleging Mr. Kavanaugh sexually assaulted her at a party of teenagers in the early 1980s. Mrs. Feinstein could have promptly delivered the letter to the FBI so agents could interview Ms. Ford, Judge Kavanaugh and the people she claims were present. Their responses would have been included in the judge’s confidential background check.

The Judiciary Committee could then have privately considered all the facts—including that Ms. Ford can’t remember when or where the alleged assault took place, and that the three people Ms. Ford claims attended the party all deny any recollection of it. Ms. Ford would have kept her anonymity and Judge Kavanaugh his reputation.

But Mrs. Feinstein—who finds herself in a difficult re-election campaign—placed venomous partisanship above fair play and professionalism. She has brought dishonor to her decades in the Senate.

Now comes an accusation in the New Yorker that Mr. Kavanaugh exposed himself to Deborah Ramirez at a Yale drinking session, and another, even more salacious allegation from “resistance” celebrity attorney Michael Avenatti. The New York Times earlier took a pass on Ms. Ramirez’s story after interviewing “several dozen people” without finding any who could corroborate it. They also discovered she recently told classmates she wasn’t certain Mr. Kavanaugh was the one who exposed himself, asking them to confirm it. (According to the New Yorker story, Ms. Ramirez “was at first hesitant to speak publicly, partly because her memories contained gaps because she had been drinking.” She “felt confident” of her story only “after six days of carefully assessing her memories and consulting with her attorney.”)

Judge Kavanaugh had already undergone two extensive FBI background checks, one when he joined the White House staff and another when nominated to the U.S. Circuit Court of Appeals for the District of Columbia. None of these allegations were raised either time.

When running for the Senate in 2010, Richard Blumenthal falsely told constituents he had served in Vietnam. He now claims Judge Kavanaugh lacks credibility and so has “a responsibility to come forward with evidence” rebutting Ms. Ford—that is, responsibility to prove a negative.

But when it comes to recklessness it’s hard to outdo Sen. Mazie Hirono, who told male colleagues and the men of America to “shut up” and “do the right thing for a change,” which is to believe Ms. Ford regardless of facts. Like the Queen of Hearts, she believes “Sentence first—verdict afterwards.” When asked about Judge Kavanaugh’s denials, Ms. Hirono suggested he’s not entitled to the presumption of innocence because of his conservative judicial philosophy. She then signed a fundraising appeal for MoveOn.org to help make Judge Kavanaugh’s nomination “an electoral issue . . . to make sure this costs Republicans extra seats.”

Senate Judiciary Democrats have endorsed as acceptable (1) disruptive tactics unworthy of even a Third World country, (2) the presumption of guilt instead of innocence, and (3) determining a man guilty by accusation alone, even if the weight of evidence points the other way, so long as it suits their ideological agenda. Republicans should refuse to bow to such methods. They should also decline to resort to them when the tables are turned.

Both parties will suffer politically if they lose. The Republican base will be furious at its leadership if Judge Kavanaugh is defeated or his nomination withdrawn. The Democratic base will be demoralized if he is confirmed—although it will also use his presence on the Supreme Court to gin up turnout among liberal women and attack the GOP.

I know Brett Kavanaugh, who is a former White House colleague. In hard times for our nation after 9/11, I came to deeply admire Brett’s character, intellect and integrity. His reputation was spotless until Democrats began acting like a mob. Judge Kavanaugh deserves better than this sordid process. More importantly, the country does.