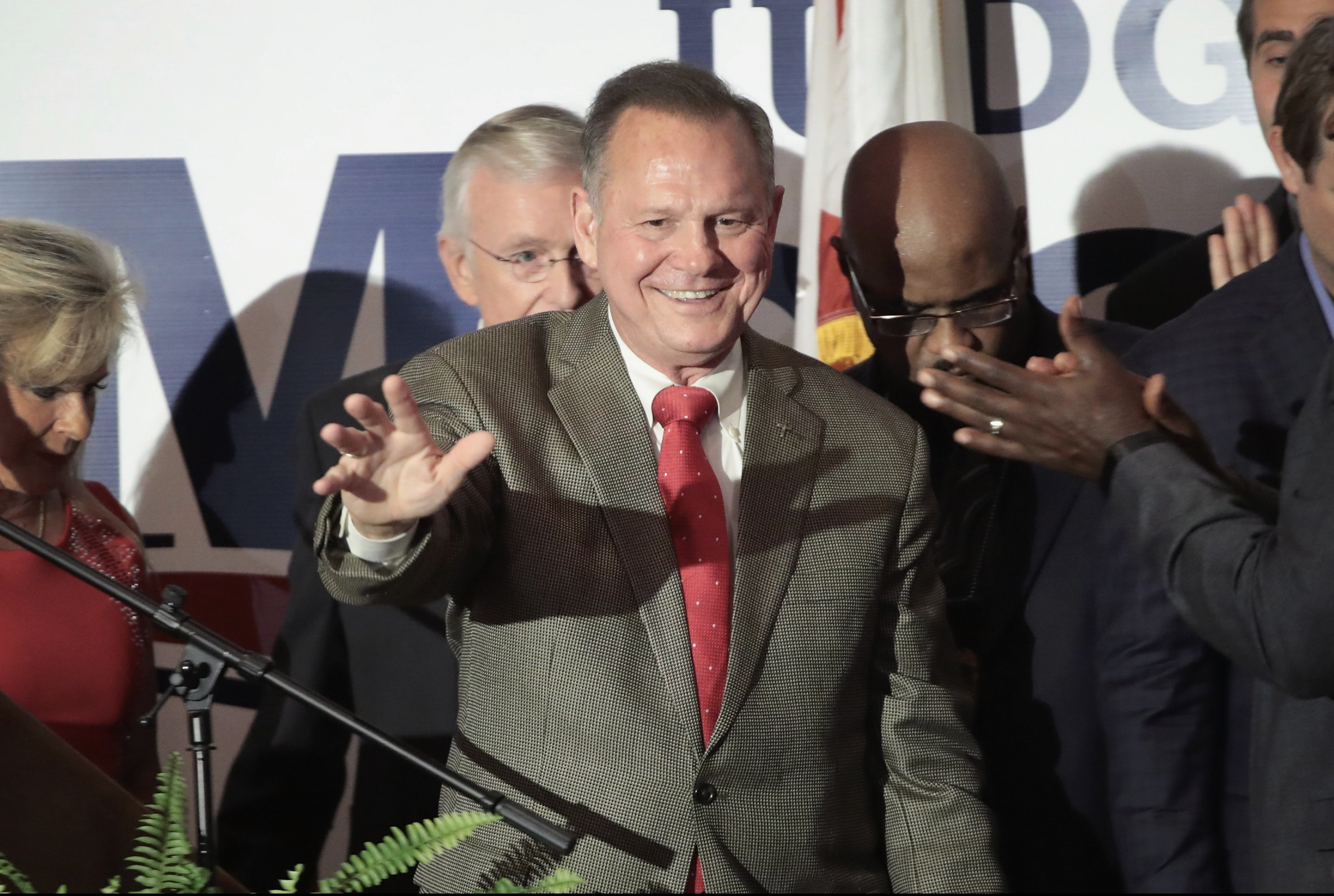 It was a disastrous day for the whole GOP—President Trump, congressional Republicans, grass-roots activists and anyone who wants progress on the party’s agenda. On Tuesday, for a second time this year, Senate Republicans failed to repeal and replace ObamaCare, announcing they would not vote on the Graham-Cassidy bill after all. At least six GOP senators either opposed the legislation or expressed grave doubts about it.

Meanwhile in Alabama, the conservative crusader Roy Moore won a Republican runoff and is now the favorite for election to the U.S. Senate in December. When Jeff Sessions resigned the seat to join the Trump administration, the state attorney general, Luther Strange, was appointed as his temporary replacement. Mr. Trump endorsed Mr. Strange and appeared Friday at his rally in Huntsville. Yet Mr. Moore, a former chief justice of the state Supreme Court, won anyway—and by nine points.

These two events will have severe consequences. The Republican grass roots were already angry at the Senate’s failure in July to pass an ObamaCare repeal bill that had cleared the House. This week’s disappointment will only deepen their distress. GOP voters could end up expressing their displeasure indiscriminately, making no distinction between lawmakers who supported the repeal attempts and those who didn’t.

Mr. Moore may win the special election in December, but that won’t give Republicans a smoother path to eliminating ObamaCare. His campaign chairman has insisted Mr. Moore “wants to make sure that the federal government is getting out of the health-care business entirely.” This suggests he could be like Kentucky’s Sen. Rand Paul, who supports only purist proposals that have no chance of passing.

The Alabama runoff result is likely to spur new challenges by alt-right-backed populists to more-conventional Republican incumbents. Mr. Moore’s looming victory probably played a role in the Tuesday announcement that Tennessee’s respected Sen. Bob Corker, the chairman of the Foreign Relations Committee, will not run for re-election next year.

But other upstarts may not find it easy to duplicate Mr. Moore’s success. The judge’s victory has much to do with his status as a folk hero among Alabama’s social conservatives. Mr. Moore was removed from the state Supreme Court in 2003 for refusing to obey an injunction from a federal judge. The order was to remove a monument to the Ten Commandments that Mr. Moore had installed, in violation of state law, on the grounds of the state Judicial Building.

He was elected chief justice again in 2012, but suspended from the bench in 2016 after directing county officials to ignore the U.S. Supreme Court’s decision on gay marriage by refusing to issue same-sex marriage licenses. Mr. Moore claimed that his removal was the result of a “politically motivated effort by radical homosexual and transgender groups” undertaken because he opposed “their immoral agenda.”

Other toxic statements by Mr. Moore—such as his suggestion the 9/11 attack on the Pentagon occurred because Americans had abandoned God’s word—helped endear him to some of Alabama’s social conservatives, who make up a substantial majority of the state’s GOP primary voters.

Mr. Moore’s 25-year political career also gave him higher name identification than his opponent, at least at the contest’s start. Mr. Strange was forced to spend significant sums introducing himself to voters. Both candidates were viewed equally favorably by the day of the runoff, but Mr. Moore’s support was more intense. Mr. Strange was also hurt by his temporary appointment to the empty seat by then-Gov. Robert Bentley, who was under investigation and later forced out of office.

While copycat challengers may not have Mr. Moore’s advantages, tough primary contests next year will certainly drain GOP funds and divert focus that might otherwise be used to defeat Democrats in the fall. They will also add to the growing sense of a Republican civil war, which complicates the coalition-building needed to pass the party’s agenda.

Republicans must hope Tuesday’s events are sobering to Mr. Trump and party leaders in Congress. Voters are understandably restive because they gave the GOP control of the White House and both legislative chambers but haven’t seen much in the way of accomplishments.

Passing tax reform has now become an existential imperative. The electoral disaster that might visit Republicans if they can’t get tax reform done ought to galvanize leaders at each end of Pennsylvania Avenue and reinforce a bit of old wisdom: that the perfect should not be allowed to be the enemy of the good.