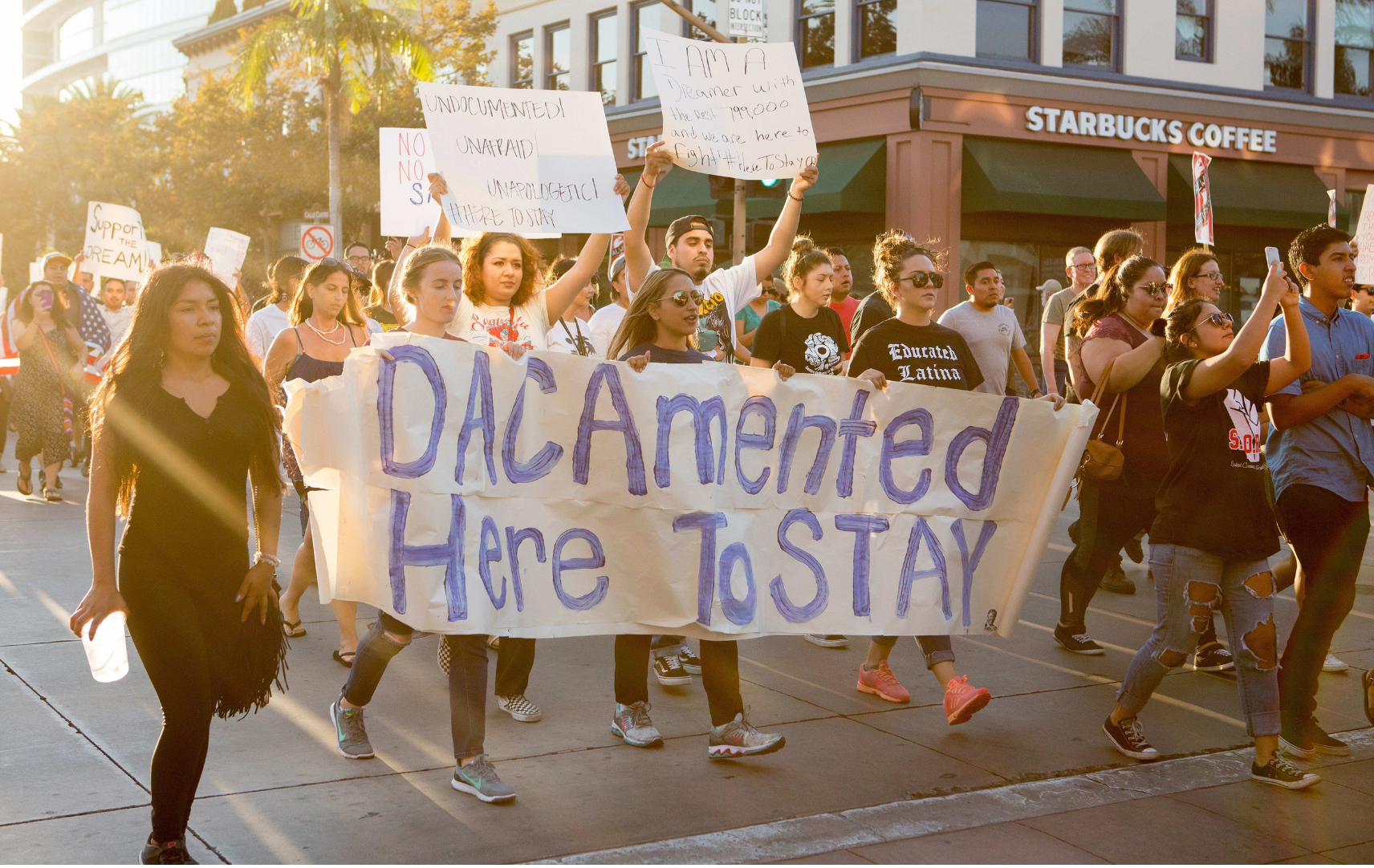 I believe that “Dreamers”—foreign-born men and women, age 15 to 36, brought here illegally when they were children—should be allowed to stay in America, the only country most of them remember. That’s why I find President Obama’s recent attack on President Trump so deplorable.

Mr. Trump announced Tuesday that in six months he would end Deferred Action for Childhood Arrivals, the program that temporarily shelters Dreamers from deportation. Shortly afterward Mr. Obama called the decision “cruel,” “self-defeating” and “contrary to our spirit.”

This needlessly inflamed the situation, making a solution harder to achieve. Besides, Mr. Obama knows that federal courts appeared ready to strike down DACA on the ground that suspending immigration laws for a whole class of people is unconstitutional.

Take it from Mr. Obama himself. Before establishing DACA in 2012, Mr. Obama said on at least 22 occasions that he lacked the power to act unilaterally. In July 2010 he declared that simply ignoring the laws and ending deportation “would be both unwise and unfair.” The next April he said: “I know some here wish that I could just bypass Congress and change the law myself. But that’s not how democracy works.” As late as September 2011, Mr. Obama was saying “this notion that somehow I can just change the laws unilaterally is just not true.”

After President Trump’s announcement, Mr. Obama could have been constructive. He could have said that he disagreed with ending DACA but understood the legal concerns. Mr. Obama then could have encouraged lawmakers to pass legislation to settle the issue, playing off Mr. Trump’s comment that “hopefully now Congress will be able to help.” Instead Mr. Obama decided to scorch his successor.

Comity is essential to resolving this dilemma. A stand-alone measure for Dreamers can’t pass this Congress. Neither can a comprehensive immigration-reform bill. What might pass is a bill that makes trade-offs to satisfy immigration advocates and restrictionists alike. But with other legislative deadlines rapidly approaching, it might be months before Congress can take up immigration.

Funds for disaster relief need to be replenished following Hurricane Harvey. The Federal Emergency Management Agency will run out of money as soon as Friday, two days before Hurricane Irma is expected to hit Florida.

To avoid a government shutdown, a federal budget—covering at least part of the coming fiscal year—must be passed by Oct. 1. That’s also the deadline for reauthorizing the Children’s Health Insurance Program, the Federal Aviation Administration and federal flood insurance. Then the debt ceiling must be raised by mid-October. Oh, and Congress has yet to pass a budget resolution.

The first three reauthorizations can be bipartisan. Mr. Trump caved to demands by House Minority Leader Nancy Pelosi and Senate Minority Leader Chuck Schumer to combine Harvey relief with just a three-month debt ceiling increase. Some Republicans will grumble, preferring instead to link the debt ceiling to further spending restraint, and GOP congressional leaders preferred an increase that would last through the midterm elections. But this at least pressures those Republicans and Democrats inclined to vote irresponsibly against any debt-ceiling increase.

Most Democrats will oppose whatever budget resolution Republicans offer, since its passage would create a procedural opening for tax reform to pass the Senate with only 51 votes under the reconciliation process. Even if this allows Majority Leader Mitch McConnell to dodge a filibuster on tax reform, he still must limit defections to only two of the GOP’s 52 senators.

Even then, tax reform isn’t a lock to pass the House. After demanding regular order for months, the Freedom Caucus now threatens to bypass the Ways and Means Committee by offering its own tax package. Such conflicts inside the House caucus could prevent Republican legislative victories.

Some Democrats might vote to fund the government—but not if the legislation includes money for Mr. Trump’s border wall. Yet a Republican-only spending bill could fail in the House because of Freedom Caucus defections. Or it might fall short in the Senate if more than a pair of GOP senators walk away.

Congress has a lot it must do in a short time, and more to deal with soon thereafter. Success will require lawmakers and their constituents to be patient. It doesn’t help the country to raise passions as Mr. Obama’s comments did.

In the end, Republicans have the most to lose, which may explain why Mr. Obama chose to speak up. Democrats understand voters will blame the GOP if Congress fails to act, and they know Republican leaders will be hard-pressed to keep their fractious caucuses together. Republicans need to understand they must cooperate, compromise and move forward together or risk losing their congressional majority.