Donald Has 60 Days to Close the Deal 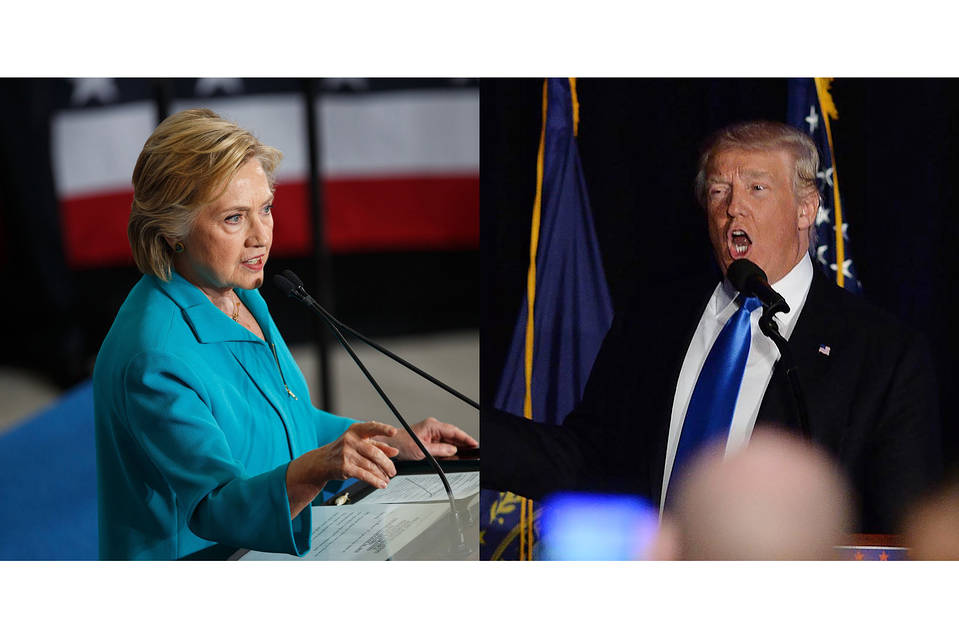 Donald Trump and Hillary Clinton have only 60 days left to change voters’ minds, and they have a long way to go. The Republican and Democratic nominees remain the most unpopular presidential candidates ever polled.

Only 41.2% of voters have a positive view of Mrs. Clinton and 55.1% have a negative view, according to Wednesday’s Real Clear Politics average of recent surveys. That’s roughly where she stood before the party conventions in July. The FBI’s release Friday of damaging documents about her private email server will likely make those numbers even worse next week.

Mr. Trump’s ratings are also dreadful. After three calamitous weeks following the conventions, he fell in mid-August to 33% favorable and 62.7% unfavorable in the Real Clear Politics average. Those figures have improved somewhat to 37% positive and 58.5% negative. But absent an earth-shattering revelation, the general dislike of both candidates will probably hold through Election Day.

In the head-to-head matchup, Mr. Trump has cut Mrs. Clinton’s lead by more than half in a month, as undecided independents have moved his way. On Aug. 9, at the peak of her postconvention bounce, she was beating him by nearly eight points, 47.8% to 39.9%, in the Real Clear Politics average. On Wednesday, however, the race stood at 45.9% for Mrs. Clinton and 42.8% for Mr. Trump—a three-point margin. Still, in the last nine presidential elections, the poll laggard on Labor Day has gone on to win only once: in 2000, when George W. Bush grabbed the victory.

Mrs. Clinton holds the advantage, most crucially in battleground states. She is winning North Carolina by 1.2 points, although Mitt Romney carried that state in 2012. She is up narrowly in Florida by 2.1 points, in Nevada by 2.3, and in Ohio by 3.3, all states won by President Obama four years ago. Her leads are wider in Virginia (5 points), Wisconsin (5.3), Pennsylvania (6.5), Michigan (7.3), New Hampshire (7.7) and Colorado (11.3).

Yet the Republican may be in better shape than the figures from Real Clear Politics suggest. The polling average is a trailing, not a leading, measure that includes surveys fielded weeks ago. In Florida, for example, Mrs. Clinton is buoyed by an Aug. 15 Monmouth University poll that put her up by nine points. In Virginia, her standing is propped up by a three-week-old Quinnipiac survey that put her ahead by 12 points. More recent polls in both states have her up by only one or two.

Say for the sake of argument that Mr. Trump wins all the Romney states, plus the three where he trails slightly (Nevada, Florida and Ohio), plus Iowa, where he is up by 0.8 points. That would leave him at 265 electoral votes, five short of the 270 needed for victory. So Mr. Trump must pick off another Obama state—such as Pennsylvania or Virginia. Easier said than done.

Both campaigns view the coming debates as critical. Though they are right, these encounters usually cause little movement in the polls. Instead they validate impressions voters already have. The exception was in 1984, when Ronald Reagan dropped eight points after the first debate but regained them following the second.

The next three weeks are critical for polishing the image each candidate carries into the debates. For Team Trump, success may depend on who’s in charge. Mr. Trump’s son-in-law, Jared Kushner, organized the trip to Mexico City last week, and his campaign manager, Kellyanne Conway, pressed for Saturday’s visit to a black church in Detroit. In both places Mr. Trump looked, sounded and acted presidential. Contrast that with Wednesday’s rally in Phoenix, orchestrated by campaign CEO Stephen Bannon and speechwriter Stephen Miller, where Mr. Trump was his railing, angry self.