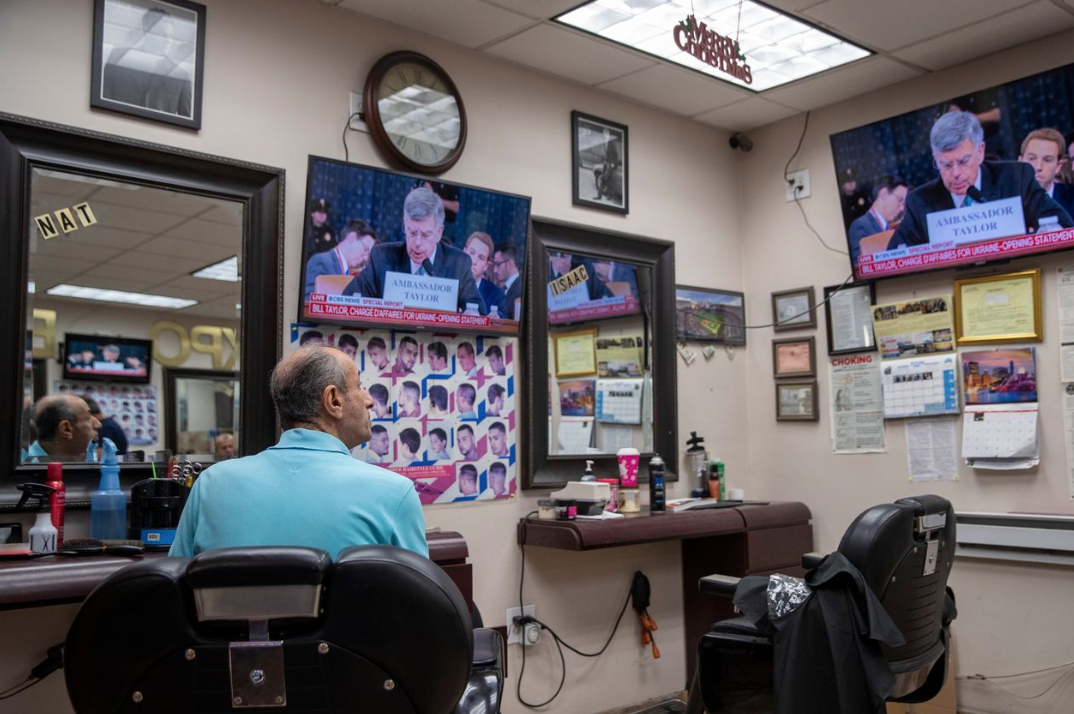 As the impeachment hearings kick off, Democrats put on a jarring display of rhetorical whiplash, saying one thing this time but something remarkably different the next. Politicians are often inconsistent, but this is ridiculous.

In late September, the whistleblower was called essential. For having jump-started the process, Democratic Rep. Adam Schiff, the House Intelligence Committee chairman, thanked him for having done “a cardinal service to the country by exposing wrongdoing of the most serious kind.” Speaker Nancy Pelosi also praised the whistleblower for “disclosing to Congress a serious possible breach of constitutional duties by the president.”

That was then. Now that House Democrats have voted to proceed with impeachment and Mr. Schiff was appointed the lower chamber’s judge, jury and executioner, the whistleblower is suddenly unimportant. Maryland Rep. Jamie Raskin calls him a “hero,” but argues he’s “no longer integral to the investigation.” Mr. Schiff announced he’ll block any attempt to compel the whistleblower’s testimony, saying keeping his identity secret is “our primary interest”—more important than hearing how he holds up under questioning.

Mrs. Pelosi frequently says that “no one is above the law.” She’s right. But no American should be treated as beneath the law’s protections, either. That’s what Mrs. Pelosi and Mr. Schiff are doing to President Trump by refusing him one of our country’s most fundamental principles of jurisprudence, namely the right of the accused to cross-examine his accuser.

Americans deserve to see the whistleblower appear in the hearings he sparked, so that the people can judge for themselves his credibility and motivations. Or is the Senate expected to remove the president from office after a process put into high gear by an anonymous accuser who might have been coached by Mr. Schiff before launching his complaint?

Then there are the Democrats who proclaim a newfound enthusiasm for defending Ukraine. Former Rep. Donna Edwards of Maryland was on “Fox News Sunday” decrying “a president of the United States who withheld aid from an ally who was on the front lines against our chief adversary.” New York Rep. Sean Patrick Maloney pinpointed “the president’s withholding of military aid to Ukraine” as the central “subject of the impeachment inquiry.”

Where were Democrats when President Obama denied lethal military assistance to Ukraine in 2014, as Vladimir Putin’s forces threatened its existence? Some of the nonlethal aid Mr. Obama authorized was dropped off in Poland and transported into Ukraine by makeshift convoys of civilian vehicles because the White House didn’t want to offend the Russians by having American C-130s land in Kyiv. Maybe this newfound Democratic support for Ukraine is driven less by conviction than by hatred of Donald Trump. Under this president, Ukraine has received Javelin antitank missiles and other weapons it needs to protect itself.

Then there are Democrats and their media allies who insist that congressional Republicans—especially in the Senate—must keep an open mind about “the facts” and “the evidence.” These same voices are silent about the wild statements of Democratic presidential candidates who serve in the Senate and therefore must also participate in its trial. While Minnesota’s Amy Klobuchar (“My job will be to look at the evidence”) and Colorado’s Michael Bennet (“I’ve not reached a conclusion”) say they’re withholding judgment, the other four Senate Democrats running for president sound as if their minds are made up.

Massachusetts’ Elizabeth Warren warns, “If Congress does not hold this man accountable, he will break the law again.” New Jersey’s Cory Booker says he supports impeachment because Mr. Trump is acting “like a dictator or a totalitarian authoritarian leader.” After refusing to commit in September to vote for impeachment because it would be “irresponsible” to decide before a trial, Vermont’s Bernie Sanders now supports Mr. Trump’s removal, calling his administration “probably the most corrupt . . . in the history of the United States.” Saying the impeachment process “should not take very long,” California’s Kamala Harris, reaching new heights of rhetorical eloquence, said: “You know what? Dude gotta go. Dude gotta go. He gotta go.” We can expect more outbursts from Ms. Harris as she campaigns to be her party’s designated prosecutorial hot dog.

Democrats’ inconsistency on these topics concerning impeachment can be attributed to the one thing on which they’ve been consistent: their desperate desire to remove Mr. Trump from office before he serves out his term. That won’t happen, but Democrats’ impeachment gymnastics may help rather than hurt the president’s re-election campaign.