A Grim Prognosis for Trump Derangement 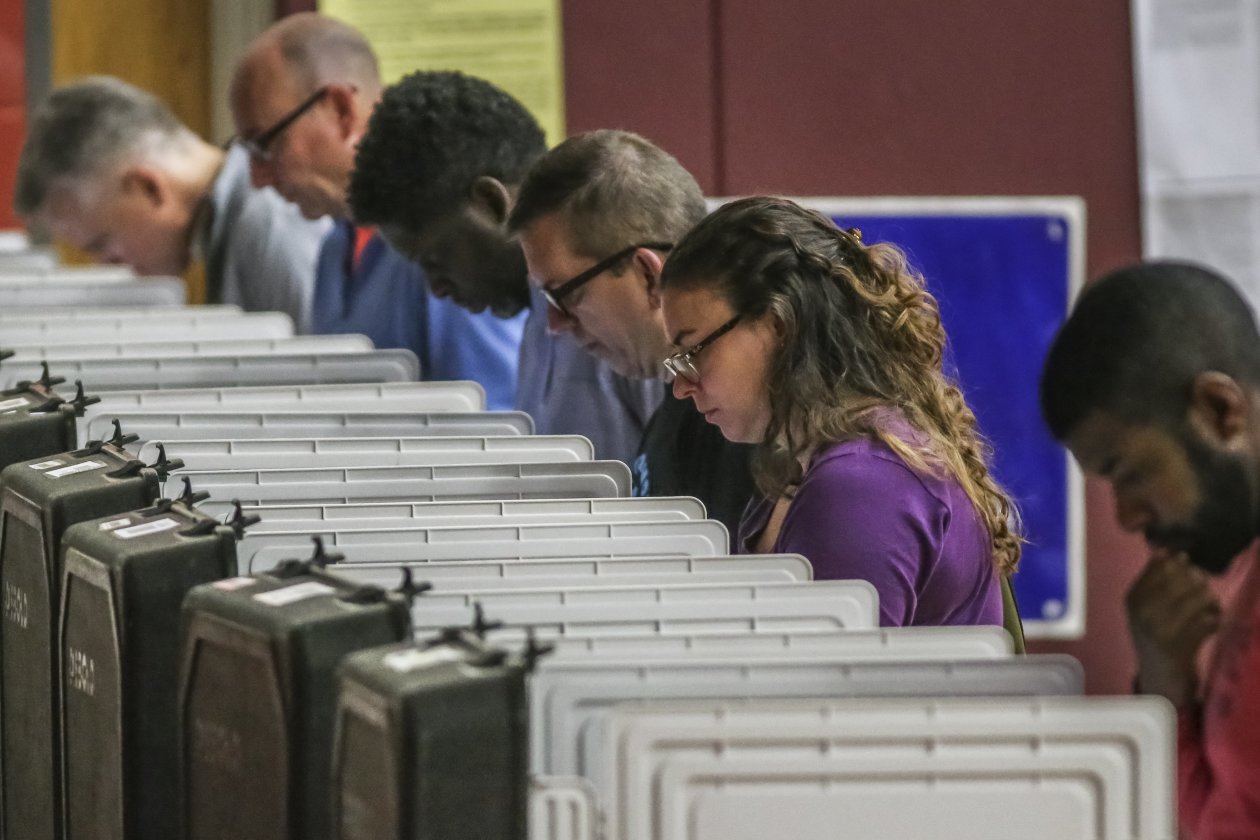 State Rep. Stacey Abrams’s victory in the Georgia Democratic primary is historic: She’s the first black woman to win a major party’s nomination for governor in any state. But it’s also an example of the gamble Democrats are taking this midterm season.

Unlike most Democratic candidates for statewide office in the South, Ms. Abrams shows little interest in appealing to independents or disaffected Republicans. She blames the Georgia Democrats’ poor showing in 2014 on efforts to appeal to what she calls the “very middle of the road.” Is support from the Democrats’ “resistance” base enough to carry her to the governor’s mansion?

We’ll see. But running as a doctrinaire progressive with heavy-handed appeals to minorities, the young and unmarried women is a perilous strategy at best. Red states rarely turn blue without help from swing voters. Ms. Abrams, who owes the federal government $54,000 in back taxes, would need to carry each of her target groups by massive margins while boosting their share of the turnout to even have a chance.

Georgia isn’t the only state where Democrats are betting the path to victory starts with a hard left turn. In Nebraska’s Second District last week, nonprofit executive Kara Eastman beat former Rep. Brad Ashford for the opportunity to take on Republican freshman Rep. Don Bacon. Ms. Eastman favors Sen. Bernie Sanders’s free-college bill as well as Rep. Keith Ellison’s “Medicare for all” proposal, a $15 minimum wage and a repeal of the GOP tax cuts. Political handicappers responded to her victory by flipping the district from “toss up” to “leans Republican.”

In the Democratic primary for Pennsylvania’s First District, philanthropist Scott Wallace buried former Navy prosecutor Rachel Reddick with negative ads. A great-great-grandson of Henry Wallace, Franklin Delano Roosevelt’s second vice president, the Democratic nominee appears to have political views as radical as those of his forebear. Henry Wallace was a naive cheerleader for Joseph Stalin ; Scott Wallace’s personal foundation gave $300,000 to groups backing the virulently anti-Israel Boycott, Divestment, Sanctions movement. Those donations may cost Mr. Wallace in a district that has one of the largest Jewish populations in the country.

Pennsylvania’s First District is a toss-up, but Democratic primary voters seem to be demanding far-left positions even in Republican-leaning districts. In Texas’ Seventh District, Houston attorney Lizzie Pannill Fletcher, the “establishment” candidate, bested progressive firebrand Laura Moser in Tuesday’s runoff only after moving so far to the left that a debate moderator implored the women to explain where they disagreed. Hillary Clinton carried the Seventh District by 1.4 percentage points in 2016, but incumbent GOP Rep. John Culberson won it by 12 points. Cook Political Report designates it a “solid Republican” district.

In Texas’ 32nd District, attorney and former Obama administration official Colin Allred won Tuesday’s Democratic runoff. While Mr. Allred was the more moderate candidate in the primary, and his website promised he would “empower our small businesses,” he has also endorsed “Medicare for all,” a $15 minimum wage and repeal of the Republican tax cuts.

These candidates’ rhetoric may weigh them down in the general election just as much as their policy agendas. Mr. Allred, for example, says the election is “not just Democrats vs. Republicans . . . it’s like common sense versus idiocy.” He argued Midwesterners who supported Donald Trump were “buying into . . . xenophobia” and worries Mr. Trump “will start a war to cover up whatever he is already being investigated for . . . a war that would end the world.” This may not be a winning strategy in George W. Bush’s home district, which incumbent Republican Rep. Pete Sessions won unopposed last time and Mitt Romney carried by 15 points in 2012.

Counting on a blue tsunami in November, Democratic candidates believe the key to success is being the angriest candidate running furthest to the left. That may work in some places. But Democrats are overestimating the chances that it will work in red and purple districts.

Mr. Trump has left the GOP vulnerable in the mid-terms, but Democrats’ Trump Derangement Syndrome is undermining their prospects. Elections are rarely won on a platform of contempt.