Crisis At The Border?

According to a Jan. 6, 2019 Morning Consult poll, a 42% plurality thinks there is “an illegal immigration crisis at the U.S.-Mexico border.”  Thirty-seven percent of voters believe America faces a problem with illegal immigration, but not a crisis while 12% say there is no problem or crisis at all.  These findings come the same week President Donald Trump took to primetime television to declare a crisis at the U.S.-Mexico border.

Even though many do not believe there is a crisis, voters still believe America faces an illegal immigration problem at the border.  For example, over half (52%) of Democrats, 56% of Clinton voters, and 55% of those who voted for a Democratic House candidate in 2018 say there is not a crisis, but acknowledge there is a problem.  This suggests Americans would support Republicans and Democrats who address the problem with a compromise, rather than prolong the stalemate over the issue. 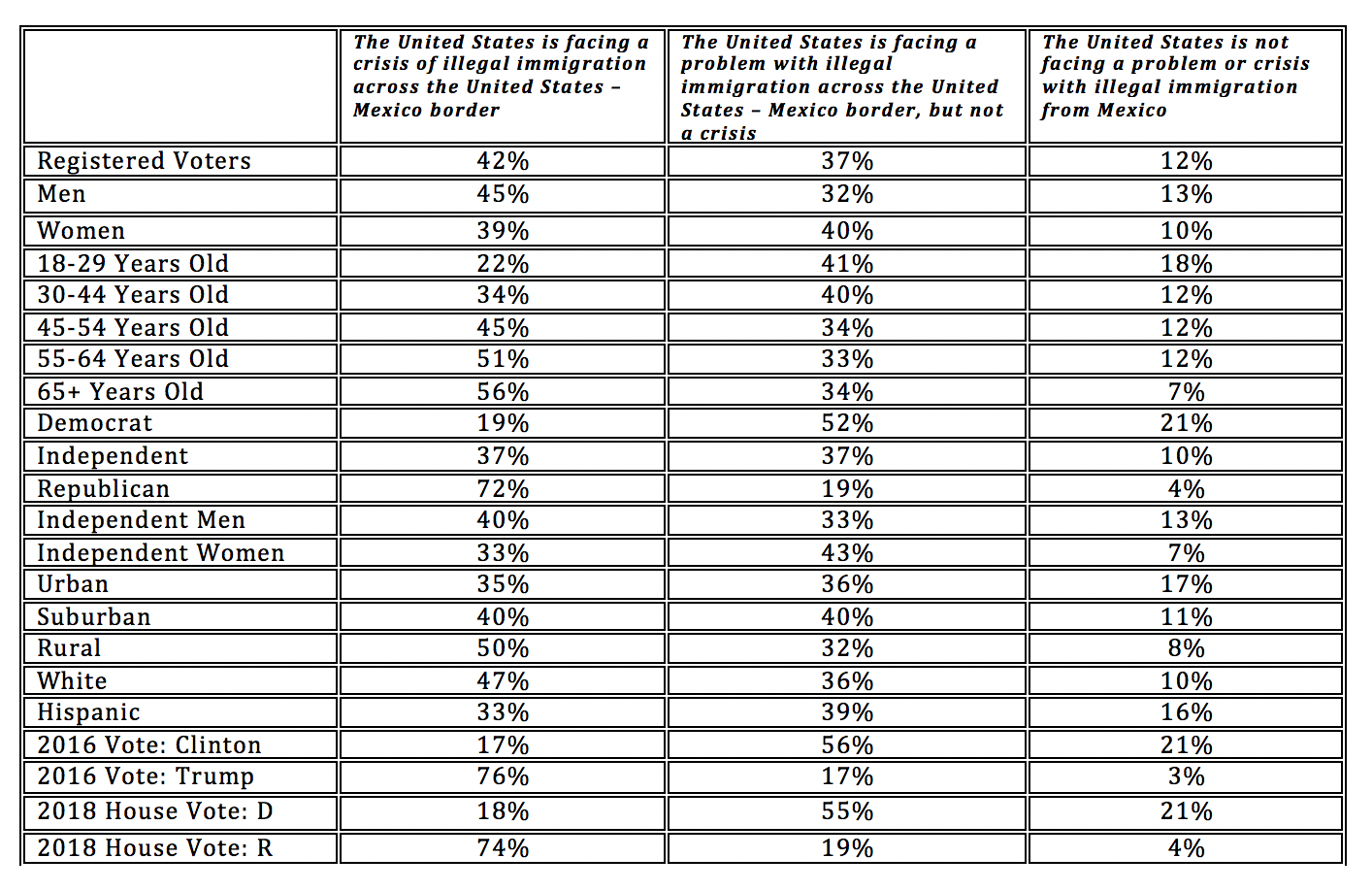