A new Pew Research Center survey, finds President Donald Trump leaves office with the lowest approval rating of his presidency, down nine points with adults since August and down 15 points from when he took office in Jan. 2017 (44%). His disapproval jumped to 68%, up nine points from August (59%) and twelve points up from when Mr. Trump took office (56%). 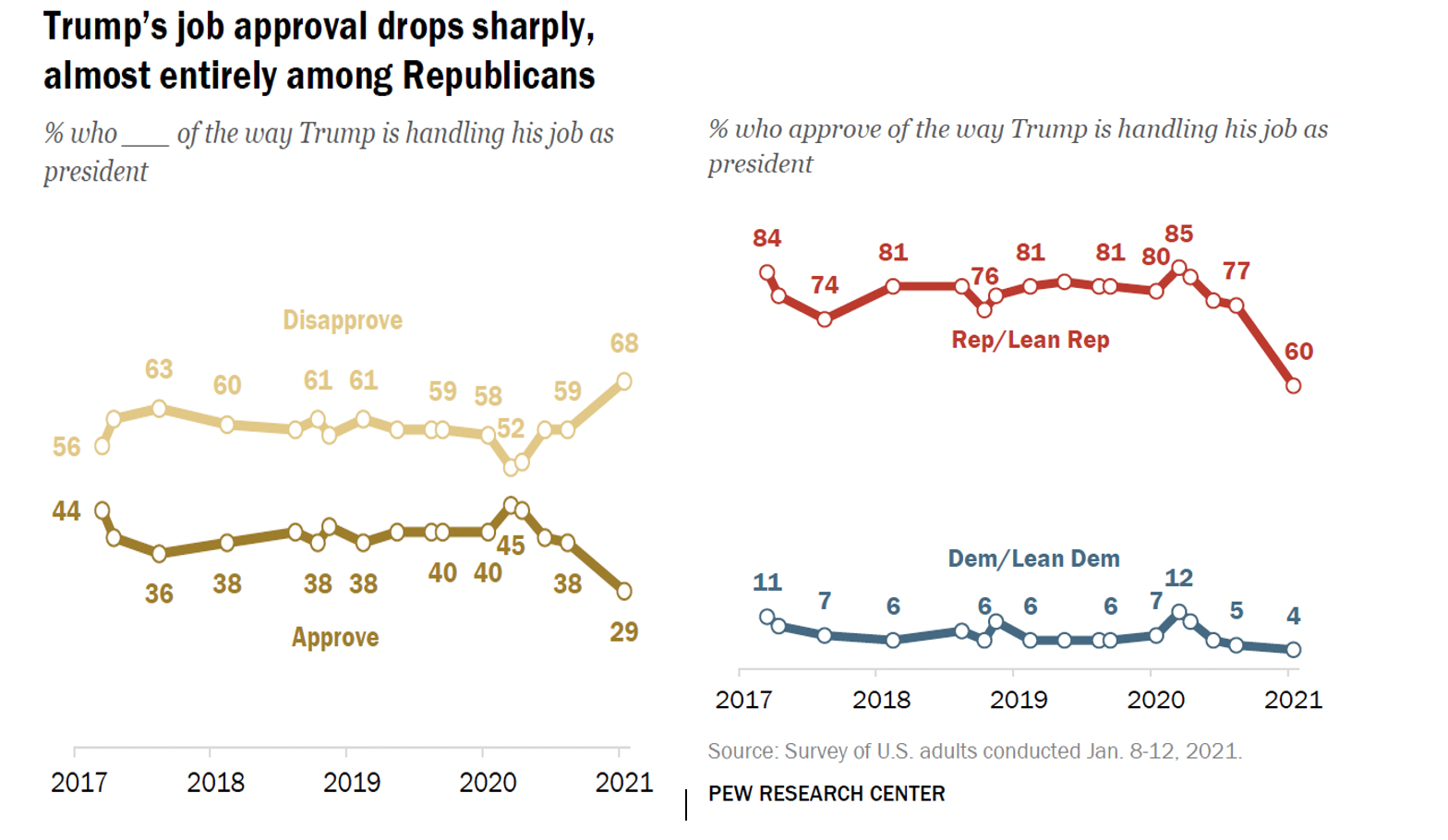 Trump’s decline in approval was driven by a drastic drop among Republicans.  In August, his approval rating with Republicans and those that lean Republican was 77%.  That number dropped 17-points to 60% this month and down 24-points since he was sworn in (he took office in 2017 with an 84% approval rating with Republicans and Republican-leaning voters).  Over his term, Trump’s approval with his party never dropped below 74% until today.  These numbers suggest that after sticking with the unconventional president for four years, the Jan. 6 violent assault on the Capitol and Trump’s lackluster response were too much.

Time will tell how history records the last few weeks, however, each president has a one chance to leave the White House.  Mr. Trump has everything to gain by maintaining a dignified posture in his post-presidential life.  He and the country will be better served if he chooses that road.

Polling News
Public confidence in the economy continues declining, according to the Gallup’s January tracking. ...
Read More
Share on:
“
Good advice, but something tells me Senate Dems won’t do this: they want lots of taxpayer money to spread around. |… https://t.co/AXGwignZ5h
”