While skepticism of the press is not new, it is important to remember that when national organizations report on stories like the shutdown, Mueller investigation, and Democratic presidential contest, their coverage may not register with many ordinary Americans. 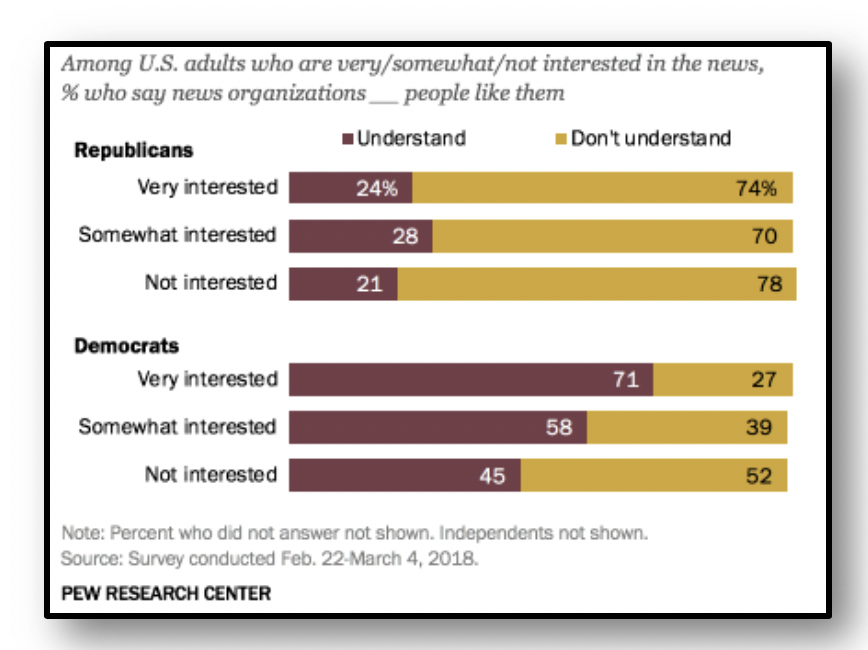