Most Voters Will Watch Debates, But Few Will Be Swayed

According to Monmouth University poll, 74% of voters said they were planning to watch the first presidential debate between President Donald Trump and Vice President Joe Biden.  Of those, only 13% said the debate was very or somewhat likely to change their mind about which candidate to support.  Eighty-seven percent said the debate would not likely change their mind about their presidential pick. 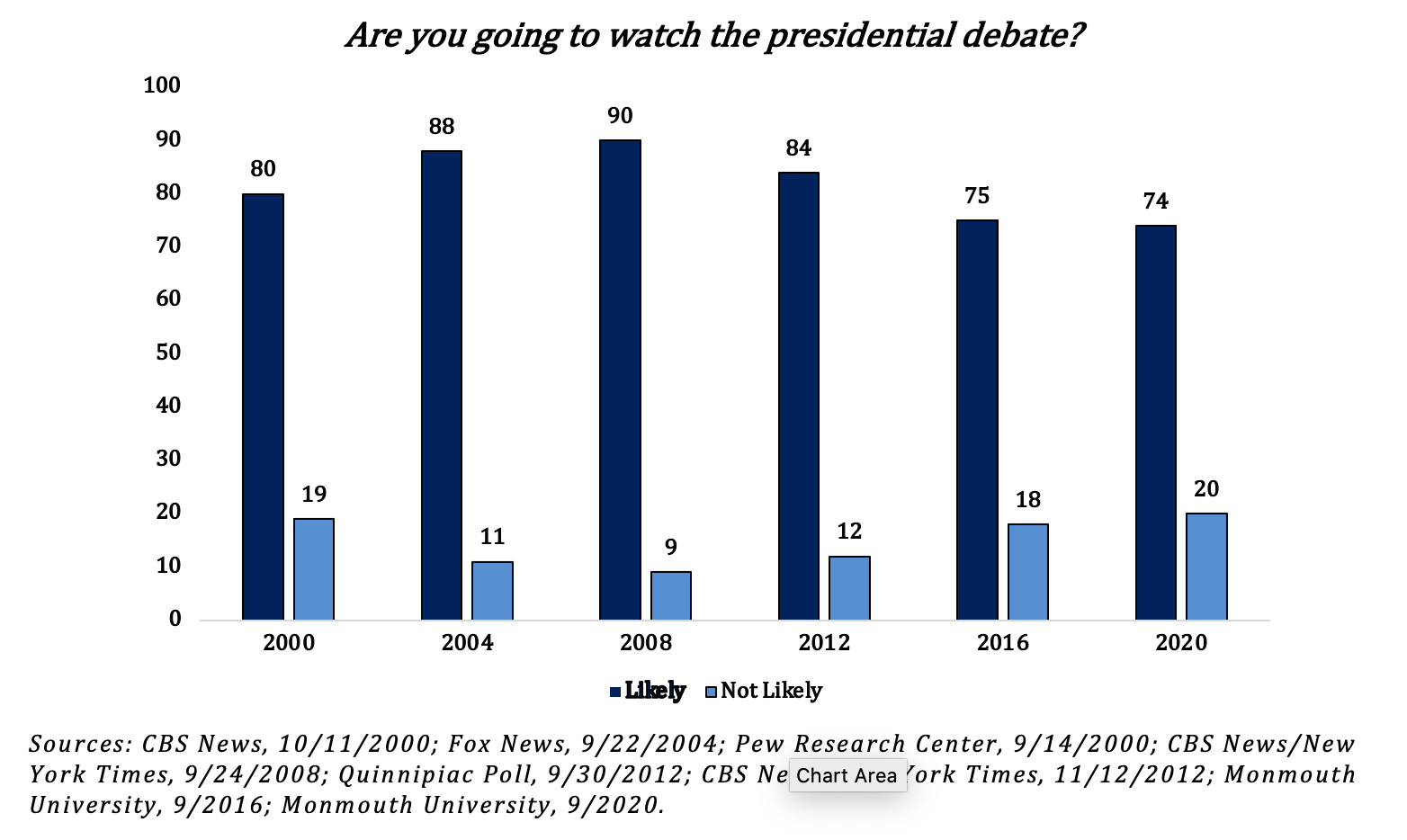 The first debate had mixed reviews, but it is unlikely many minds were changed.  With states already starting to vote, both candidates are running out of time to win over weak supporters of their opponent or undecided votes.