Gallup took a look at when Democrats and Republicans decide their respective presidential primaries.  It found that while Republican nominees generally establish their leads earlier in the primary season, Democratic nominees emerge late.

Between 1956 and 2016, only four of the eventual twelve non-incumbent Democratic nominees led throughout the entire primary contest, and all of these (Adlai Stevenson, Walter Mondale, Al Gore, and Hillary Clinton) were former front-runners, vice presidents, or other prominent party figures.  None of them went on to win the General Election.  Democratic nominees that did become president (John Kennedy, Jimmy Carter, Bill Clinton and Barack Obama) did not pull ahead of the pack until at least the start of the election year at the earliest.

According to 2020 Democratic primary polls aggregated by RealClearPolitics.com, Joe Biden led the 2020 Democratic field the entire past year.  As Elizabeth Warren and others gain in polling and fundraising, the former vice president needs a strategy shift to avoid the fate of Al Gore and other early primary leaders that faded and lost the nomination. 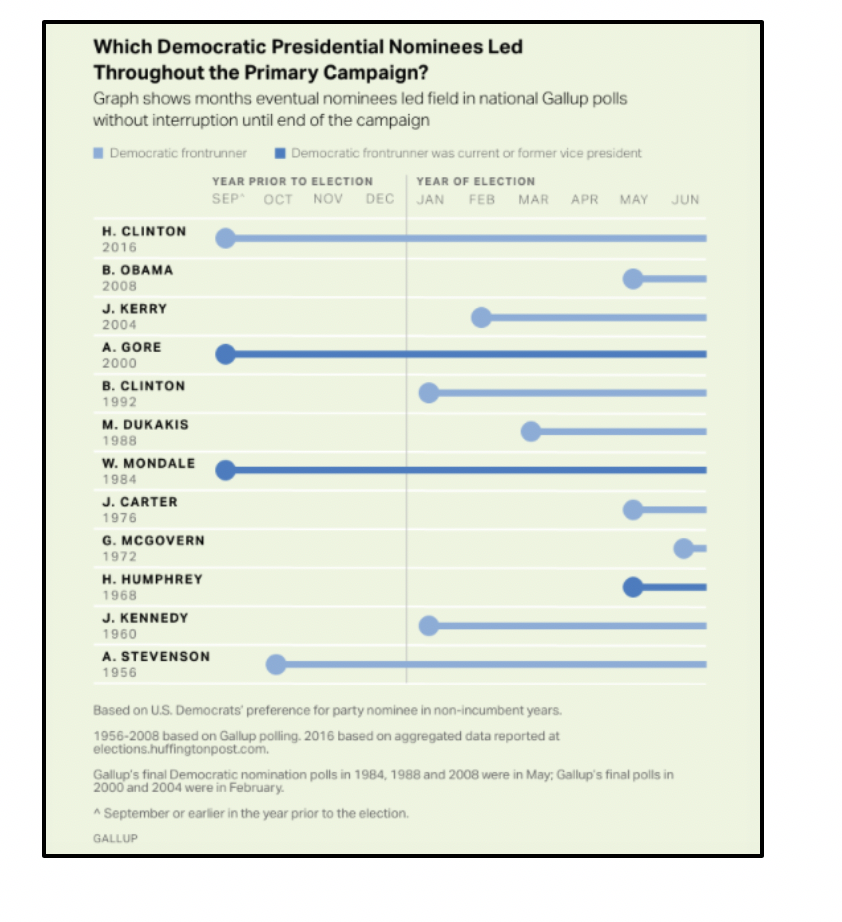