Four years ago yesterday the release of the Hollywood Access tape was thought to have ended Donald Trump’s chances for the presidency. It did have an impact, but it was not enough to end the campaign.

This year the surprises did not wait until October.  There have been several events that normally would have been enough on their own to severely impact an election, the latest being the presidential debate and President Trump’s falling ill to COVID-19.  On Sept. 29, 2020, the first presidential debate, Mr. Trump was at 43.3% in the RCP to Joe Biden’s 49.4%.  On Friday when the president was admitted to Walter Reed, he stood at 42.9% to Joe Biden’s 50.3%. Today, nearly a week later, the president is at 42.0%, Mr. Biden 51.4%.  It is not yet clear Mr. Biden’s growth is sustainable.  As in 2016, there’s plenty of time for things to shift the race again.  That, paired with early voting and COVID-19, will keep this race shifting around for the next 26 days. 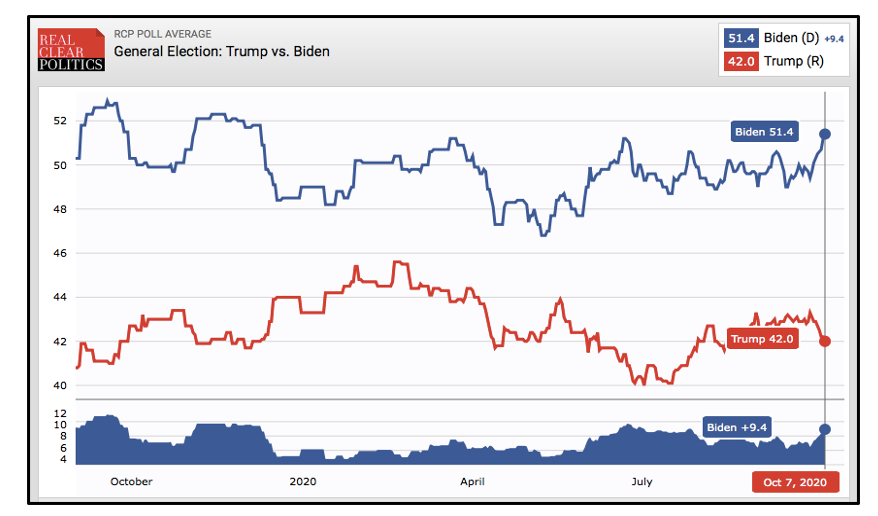