Almost any other Republican would have held his or her own with most of these groups of voters, but Mr. Moore’s scandals proved to be too much.  Fifty-two percent of voters said they believe the allegations against him are true and voted for Jones, 89%-8%.  More importantly, 34% of voters said the allegations against him were “an important factor” in their decision.  Mr. Jones won that group with 83%.  Thirty-five percent said the allegations were “not a factor at all,” but Mr. Moore won that group with only 76%.  The president’s endorsement was not enough to make Moore a better candidate, either.  The electorate was evenly split (48%-48%) on Mr. Trump.  Mr. Jones won 93% of voters who disapprove of the president, but Mr. Moore won just 89% of those who approve of him.  It appears many Alabamians who approve of the president just couldn’t bring themselves to turn out and support the controversial Mr. Moore.

While this was a perfect example of the importance for great candidates, Republicans should be mindful of Mr. Jones’ ability to win over certain voters, suburban moms, for example.  The GOP must keep these voters in its columns next year if Republicans are to have for a better night than this past Tuesday. 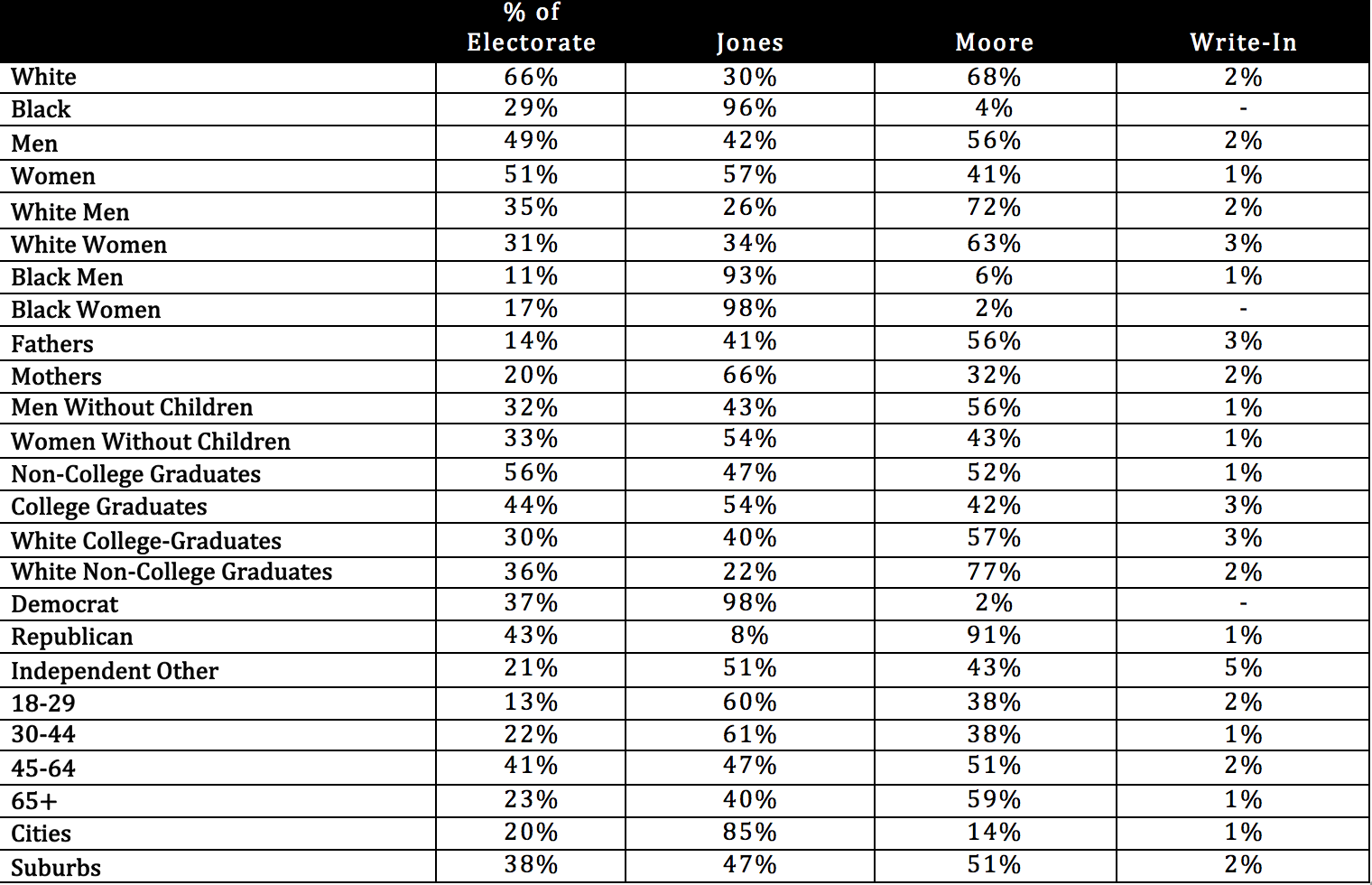