The holidays are here and Democrats are on the edge of giving Republicans a big Christmas gift: the 2022 midterm election. As Democratic mayors and the White House itself begin escalating measures around COVID-19 again, recent polling from Gallup shows Americans are not feeling the sense of worry that headlines would suggest.

A new poll released on Dec. 20 shows that 62% of Americans are not worried about getting COVID-19, while 38% responded that they are concerned about contracting the virus. This is down one point in terms of concern and up one point in terms of confidence compared to the same question in August. Likely a large reason for this sentiment is the aggressive push for vaccines, as well as almost two years of pandemic alarm. 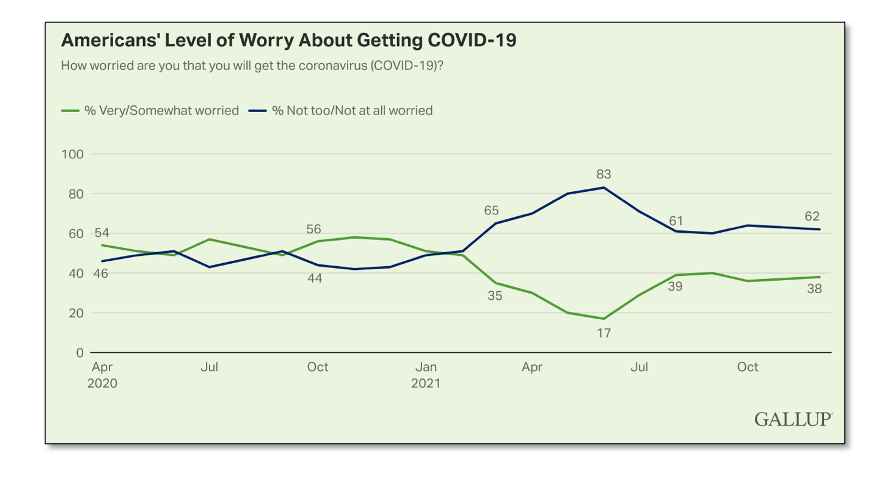 However, this could also be a sign Americans want normalcy. After getting vaccinated and nearly two a year of masks and lockdowns, Americans want their lives back. The posture of the Democratic Party leaders is not in line with that desire. This week, the White House released a statement advising the unvaccinated that they’re “looking at a winter of severe illness and death for yourselves, your families, and the hospitals you may soon overwhelm.” The harsh criticism is not well received by most of Americans. With mayors in Chicago and Washington, D.C. announcing new restrictions, Democrats may well be helping Republicans win majorities in 2022 in both houses of Congress. Democrats would be well advised to think long about their language and the measures they’re threatening the public with.