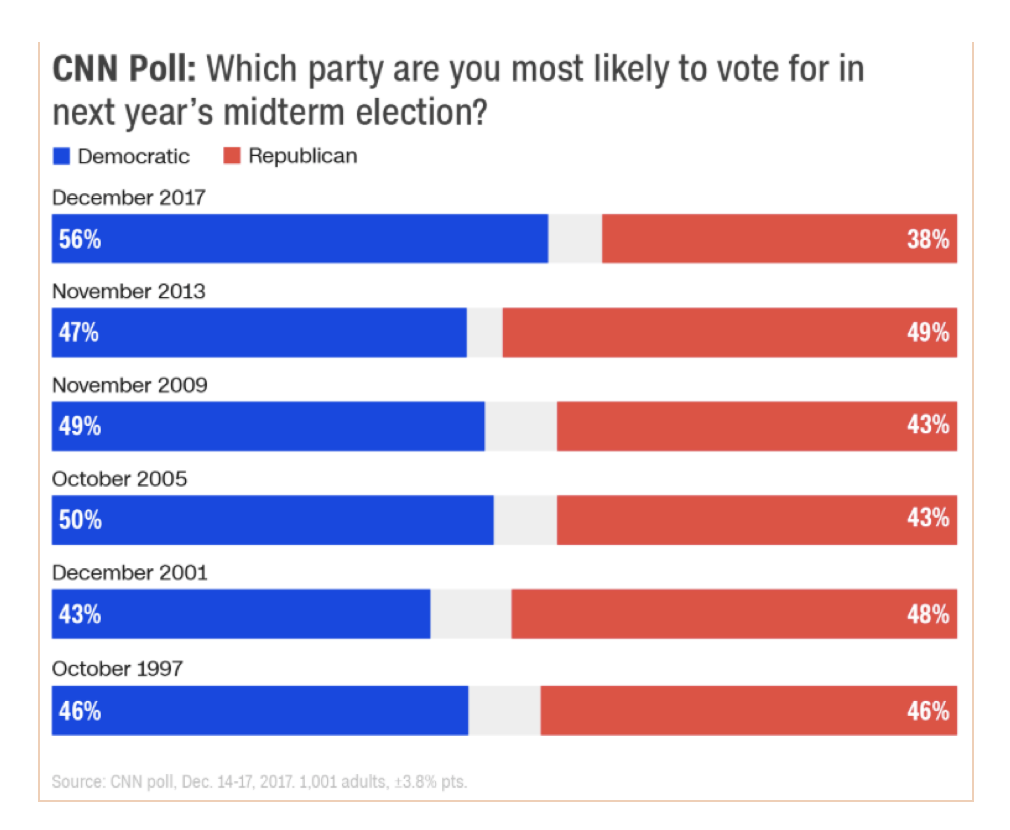 Republicans also face an enthusiasm gap between Republican and Democratic voters.  Today 48% of Democratic voters are “extremely” (24%) or “very” (24%) enthusiastic about voting in next year’s Midterm Election, compared to just 32% of Republican voters who say they are “extremely” (13%) or “very” (19%) enthusiastic about going to the polls next November.  At this point before the 2014 Midterms in which Republicans took control of the Senate and kept control of the House, Republicans had the enthusiasm advantage with 36% excited to vote while just 22% of Democrats said the same.

Democratic voters are excited to vote next year because of their opposition to President Donald Trump and the GOP.  Getting tax reform done before the end of 2017 was a big win for Republicans.  They must continue delivering such wins in the early part of 2018 so Republicans become as motivated as Democrats next year.