Except for Vice President Mike Pence, the last four U.S. vice presidents have seen their approval ratings above water at the end of their first year in office. Recent polling shows Vice President Kamala Harris has dropped to the lowest level for a vice president in the last 27 years. As of Dec. 21, 2021, 52% disapproved of her job performance, while only 40% approved. That’s a net -12%, and her lowest level since taking office in January. It’s also 2.3% lower than President Joe Biden’s approval rating: he now sits at a net -9.9% disapproval. 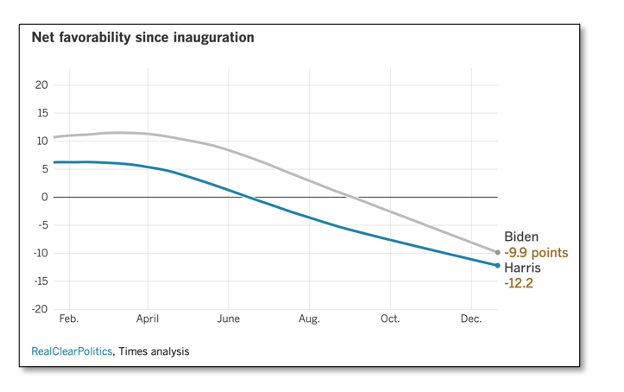 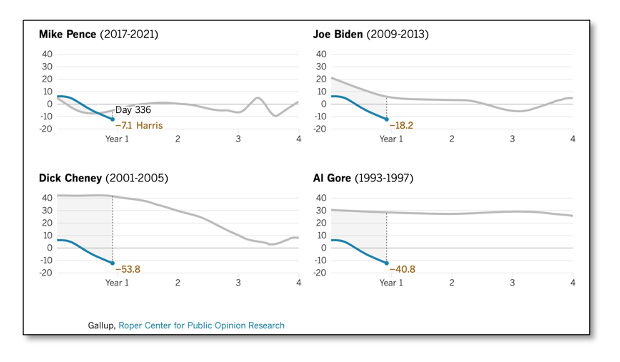 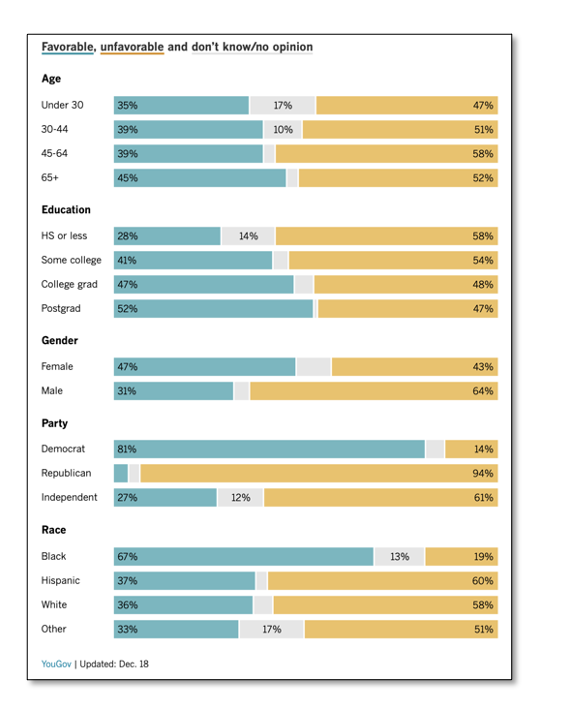 Among Democrats, Harris holds an 81% approval rating and 14% disapproval. The opposite is true among Republicans, where 94% disapprove of her job performance and roughly 3% approve. Harris’ most significant problem is with Independents, where she stands at 61% disapproval and only 27% approval. The Biden-Harris Administration has remained deeply unpopular with most Americans. At the close of their first year in office, this administration has little to show policy gains delivered and campaign promises fulfilled. The Vice President has even less.