Public confidence in the economy continues declining, according to the Gallup’s January tracking. The Economic Confidence Index is down five points to -21, its lowest level since June 2020. After its abysmal -30 at the start of the pandemic, confidence had steadily risen over the past seven months until. That said, the current level is nowhere near as bad as the -72 index in October 2008 during the Great Recession.

The latest decline has been driven in large part by Republicans, whose confidence has dropped 31 points since last fall, when it became clear Joe Biden won the White House.  This partisan move is not totally unusual – Gallup shows the members of the party that loses the presidential election usually develop a negative view of the economy, compared to supporters of the party that won the Oval Office.  President Biden has not given many Americans a reason to be positive, however, considering some of his very first actions as president included killing the Keystone XL Pipeline, which immediately cost 11,000 jobs. 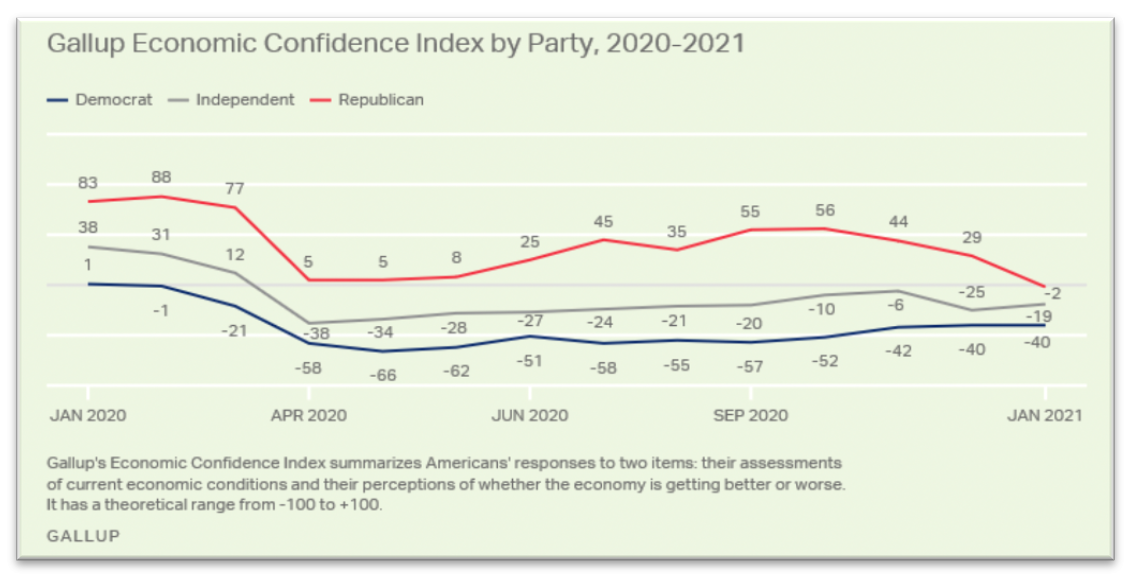 Polling News
Voter turnout soared in the 2020 General Election, up seven points from 2016 turnout as nearly two-thirds of eligible voters cast a ballot. ...
Read More
Share on:
“
Good advice, but something tells me Senate Dems won’t do this: they want lots of taxpayer money to spread around. |… https://t.co/AXGwignZ5h
”