Democrats have a serious problem moving into the 2022 midterm elections: enthusiasm. According to recent polling by NBC News, Democratic enthusiasm is underwater by double digits compared to Republicans. 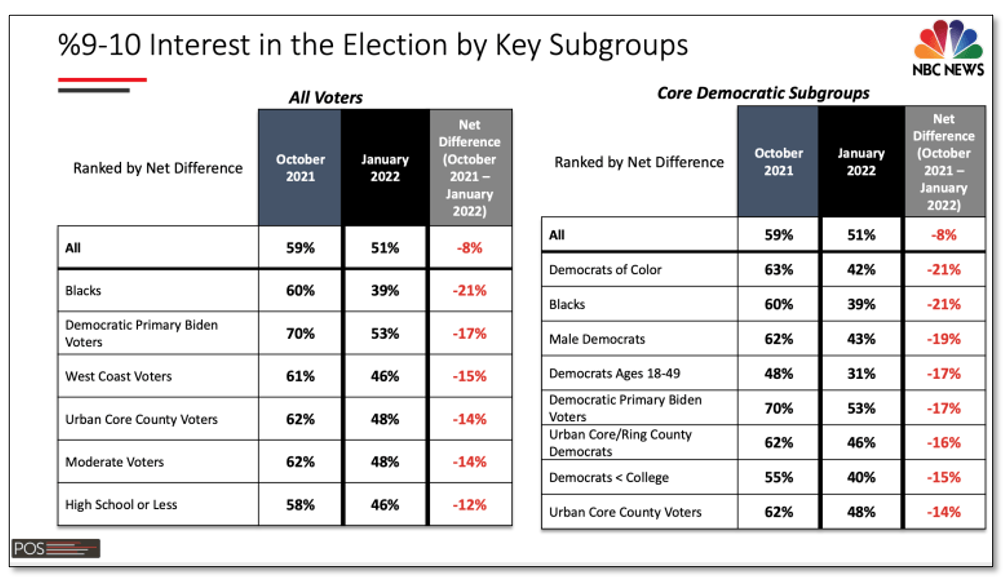 This all adds to the momentum of Republicans, who will have a terrific election if they offer a narrative that amplifies the GOP advantage among Republicans and Independents and implement ground operations that use this enthusiasm edge to grow the Election Day support for their candidates.