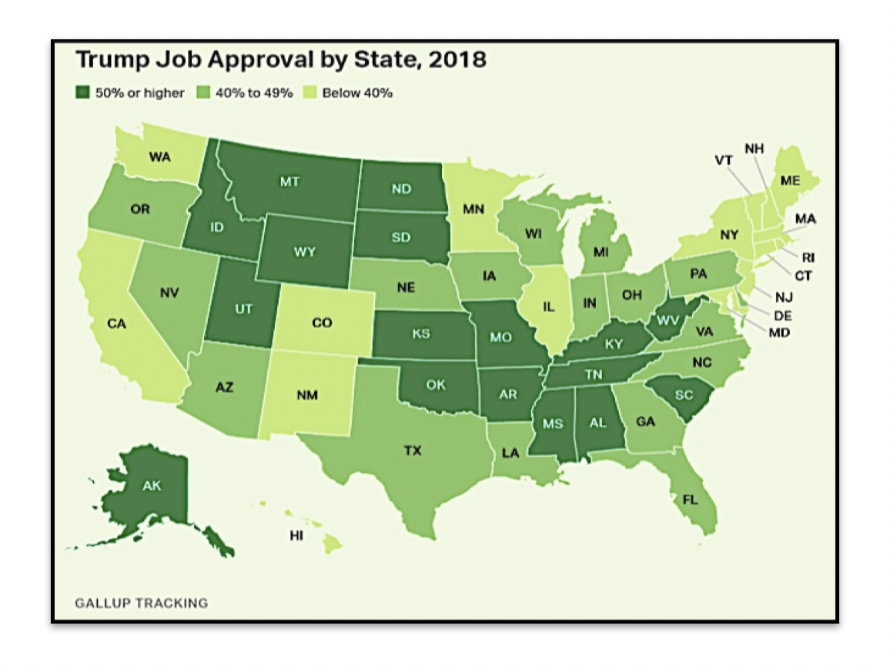 Gallup notes that these approval ratings align with the president’s performance in the 2016 Election and serve as a good starting point to determine which states Mr. Trump will likely win in 2020 and which states will require extra work and attention.

The 17 states where his approval rating is 50% or higher are likely safe Trump states.  To get to 270 Electoral Vote, however, the president will need to win almost all the 16 states where his approval is between 40%-49%.  These include some states that are likely safe Republican, like Louisiana; some that are likely safe Democrat, like Oregon; and some that are genuinely swing states.  Florida, Michigan, Ohio, Pennsylvania, and Wisconsin fall into this swing group.  The president won this group of states in 2016, but his campaign must treat them as up for grabs and mount a strong effort in each one to win in 2020.  Arizona, Georgia, Iowa, and North Carolina also fall into this 40%-49% group, and while they are not as purple as Michigan, they must not be ignored this campaign.