According to the Gallup/Knight Foundation Survey on “Trust, Media and Democracy,” Americans have a more negative (43%) than positive (33%) view of the media.  That said, more Americans consider Fox News to be objective compared to other major news outlets.

The 24-hour news cycle and rise of independent Internet media have dramatically changed the way Americans consume and use news and view the credibility of outlets.  Traditional television and print outlets need to strengthen their reputations for fair and factual reporting to increase confidence among their viewers and readers. 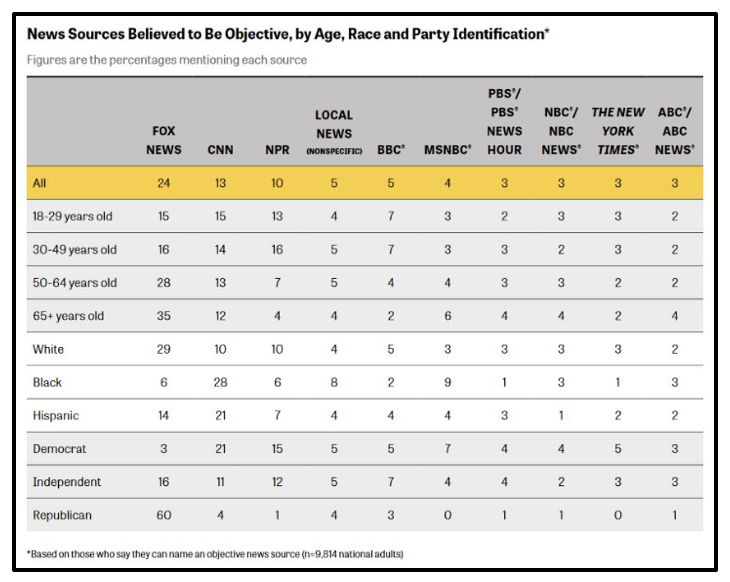