A new Gallup poll shows that almost half (45%) of Americans view China as the United States’ greatest enemy. On the same survey conducted one year ago, Russia ranked highest at 23%. That’s increased to 26% this year, but that bump was nowhere near what China saw. 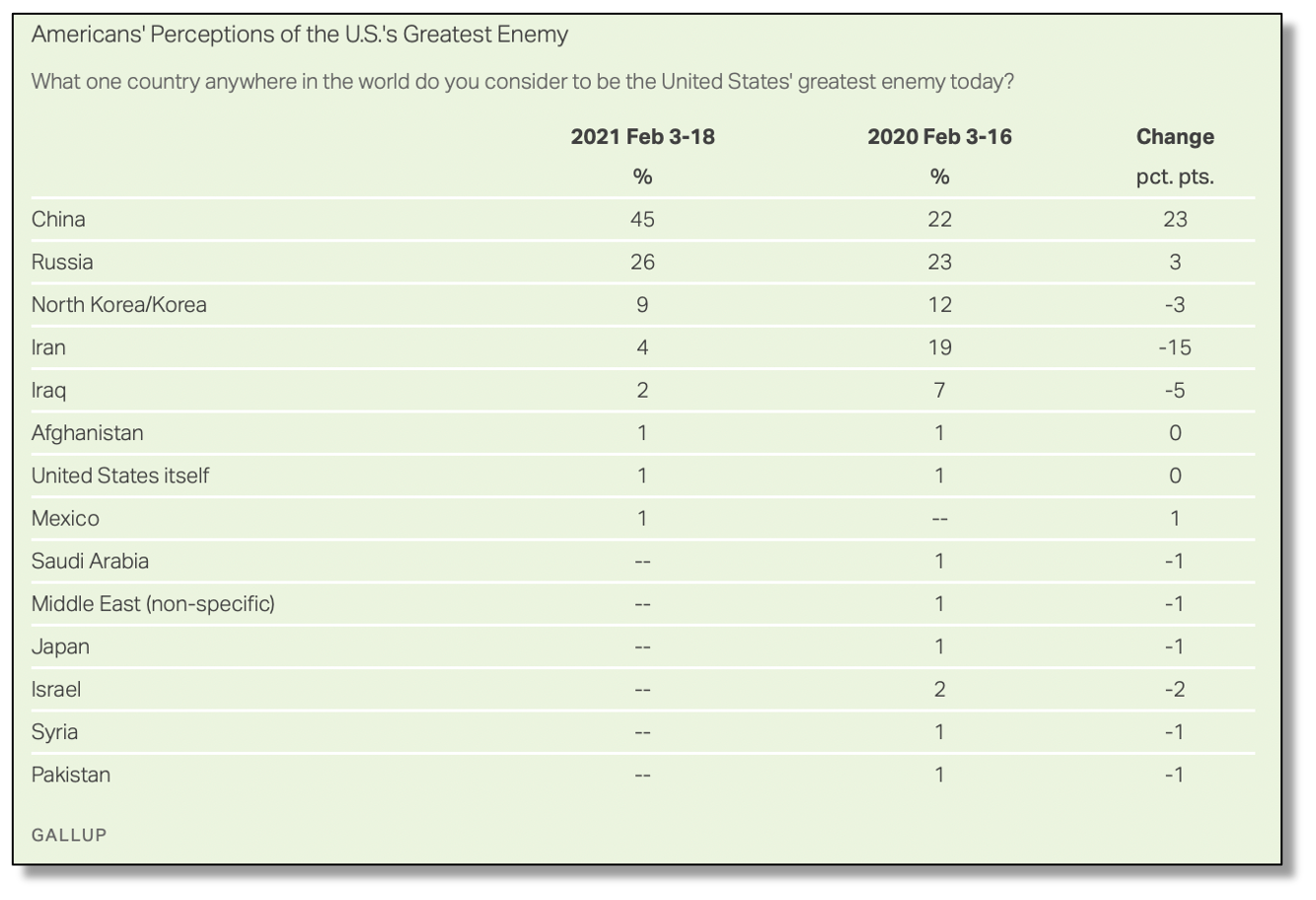 The change is likely linked in part to the outset of the COVID-19 global pandemic, which emanated from China. From April to November, messaging surrounding the threat China poses to the United States on issues from the economy to technology and national defense were a focal point for months of messaging by former President Donald Trump and 2020 U.S. Senate candidates.

China’s all-time-high rating is accompanied by a shift in American perception of who is the world’s leading economic power.  Last year, 50% said the United States was the leading power, while 39% named China. In 2021, that’s flipped, with 50% saying it is China as the U.S. dropped to 37%.  Americans will be closely following policy moving forward, as they look for solutions that strengthen the U.S. position while decreasing our economic dependency on China.