Support For GOP Health Care Reform Specifics: A recent CNN/ORC International survey asked voters their opinions on potential GOP policies to replace ObamaCare.  There is overwhelming support, even from Democrats and those who did not support President Donald Trump, for “maintaining the protections offered to people with pre-existing conditions under Obamacare” (87% favor, 12% oppose) and “allowing insurers to sell coverage in any state regardless of where they are licensed” (66% favor, 31% oppose).  Voters are split on “removing the requirement that individuals obtain health insurance coverage or pay a penalty” (48% favor, 50% oppose) and “providing tax credits based on age rather than income for those buying coverage on the individual market” (46% favor, 50% oppose).  Only 37% of voters favor a policy to “curb federal funding for Medicaid, the program to low-income adults including eliminating Obamacare funding which expanded the program to low-income adults.”

The GOP can increase support for their ObamaCare replacement by selling aspects of their plan to specific groups.  For example, voters over 45, non-college graduates, and rural voters are split on repealing the individual mandate and tax credits based on age instead of income.  The GOP may be able to increase support for these initiatives with these voters – most of whom supported Mr. Trump – with assurances that they will not be negatively affected.  This week’s vote on the House GOP bill is the first step to replacing ObamaCare.  To deliver on a promise they have made for seven years, the GOP must effectively communicate their plans and progress. 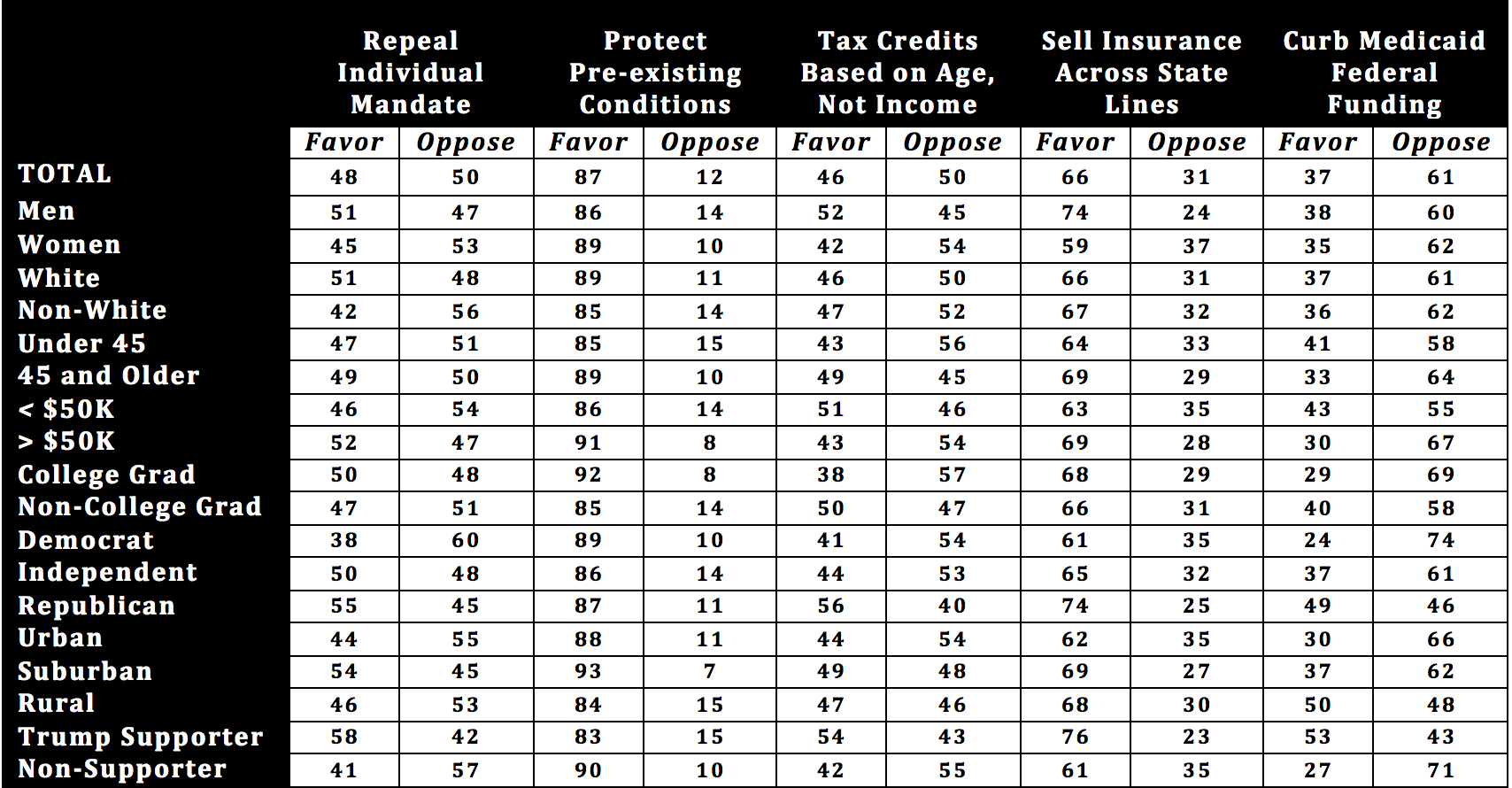