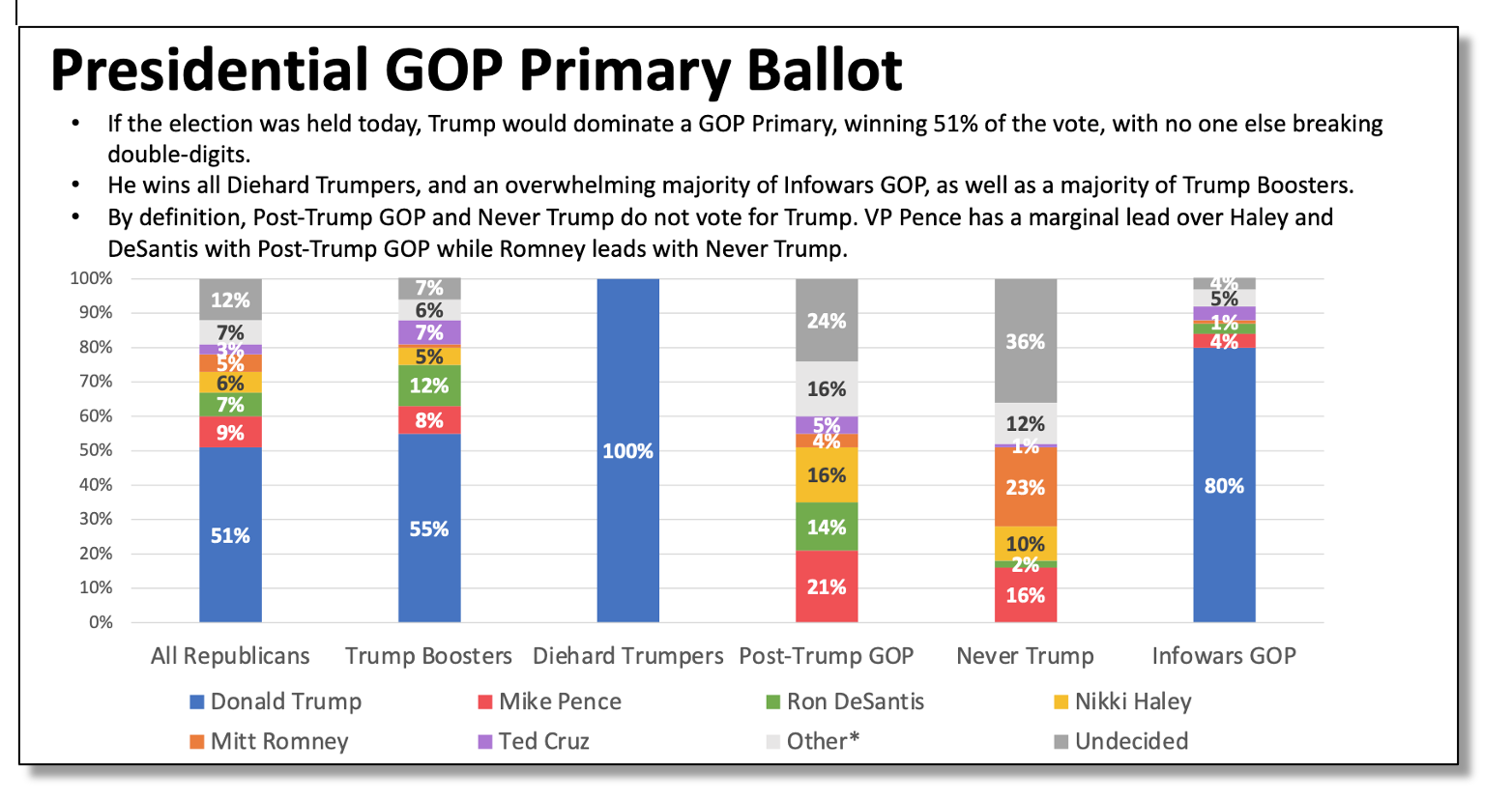 The poll shows that the majority of Republicans continue holding the former President in high regard.  Among the over a third of Republicans who are Diehard Trumpers and Infowars voters, support for former President Trump is almost unanimous, with 80-100% supporting him in a theoretical 2024 primary. Another key group ­– Trump boosters – gives just 51% of their vote going to Trump in a primary though they have favorable views of the era and administration.  They make up over a quarter of the party.

The fifth of the GOP that are Post-Trump maintains a strong view of the former president but see the Republican Party’s future elsewhere. Within this segment, current 2024 primary support goes to Mike Pence (21%), Nikki Haley (16%), and Ron DeSantis (14%), before falling into the single digits and undecided (24%).  Members of the Never Trump tribe view Mitt Romney (23%), Mike Pence (16%), and Nikki Haley (10%) as the future of the conservative politics.

As 2024 approaches and possible candidates pop up in Iowa, one thing is certain: President Trump will play a key role in the next GOP nomination process. Presidential hopefuls face the challenge of appealing to Mr. Trump’s base while energizing the rest of the party with a forward-facing vision.

Polling News
In 2020, the “Defund the Police” movement reached its peak, with radical leftists and their allied progressive groups calling for aggressive cuts in police funding. ...
Read More
Share on:

Polling News
After ten months of the Biden Administration growing government and pressing a massive expansion of the welfare state with its $5 trillion “human infrastructure” proposal, Americans now favor a more limited role for government. ...
Read More
Share on:

Polling News
As Congress debates the debt ceiling, the bipartisan infrastructure bill and the Administration’s “Build Back Better” package, Americans are growing impatient with the lack of progress. ...
Read More
Share on:
“
uh-oh https://t.co/185sDt3umS
”