Businesses Optimistic About Potential Policy Changes: The RSM Middle Market Business Index found middle market business owners are “cautiously optimistic” about a number of policy changes that are likely possible over the next two years.

Pres. Donald Trump has already moved on some of these initiatives, rolling back a number of Obama-era regulations, for example.  He also says he wants to tax reform and infrastructure spending approved soon.  A majority of business owners believe doing so will positively affect the economy and American workers.  Delivering on these promised policy changes would be political wins for the Trump Administration as well, something it sorely needs after last week’s set-back on health care. 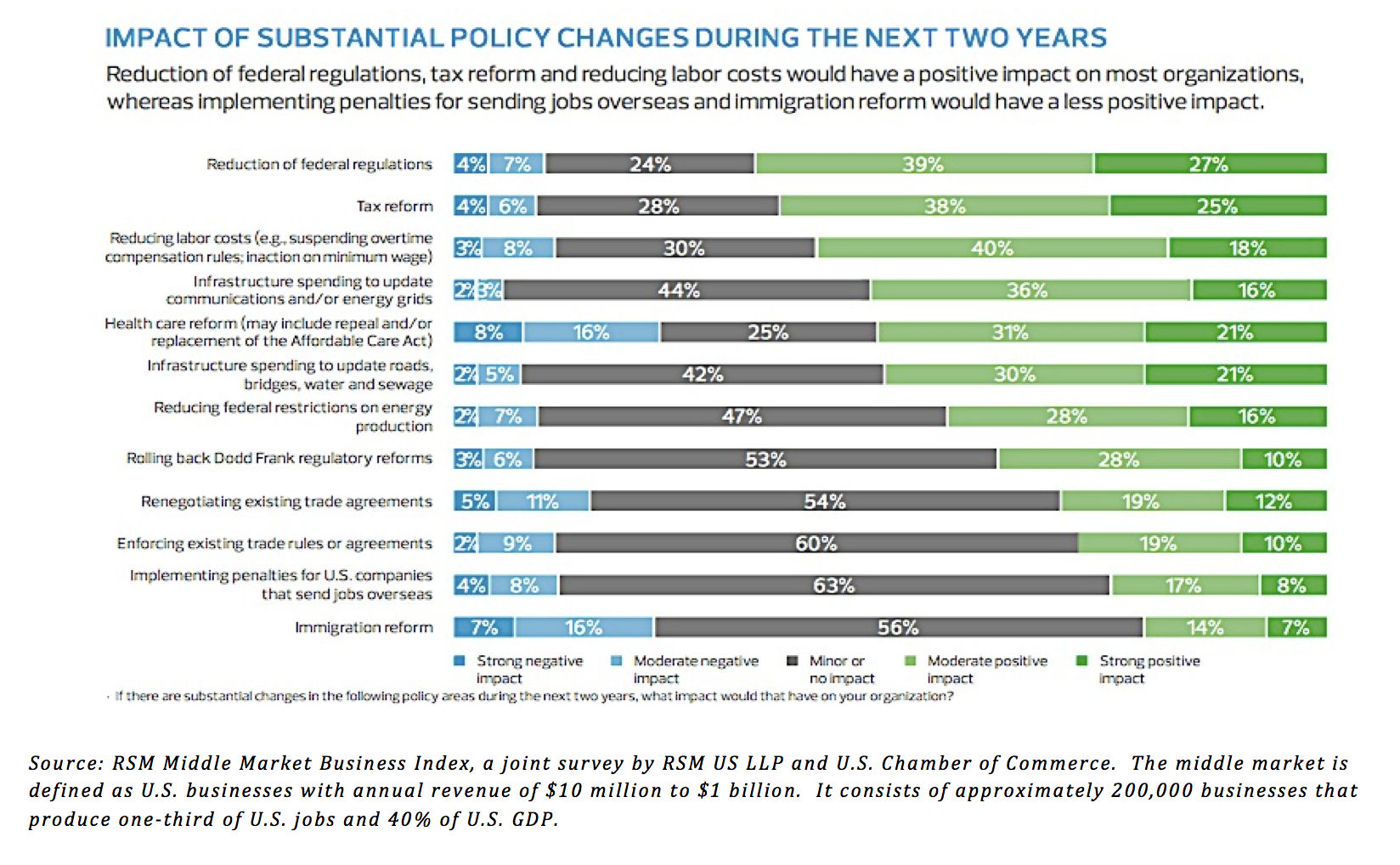 Polling News
As federal, state and local governments respond to the COVID-19 pandemic to help keep the public safe, how do Americans approve of the job each level of our federal system of government is doing? ...
Read More
Share on:

Trump and Biden in Close Match-Up

Polling News
While the world is focused on the COVID-19 pandemic, the presidential election has not ended.  ...
Read More
Share on:

Polling News
As the nation faces uncertainty and anxiety over the global COVID-19 pandemic, they’re rallying around their commander-in-chief.      ...
Read More
Share on:

Polling News
Americans view the coronavirus as a major threat to the economy more than to their personal health, according to a Pew Research Center poll.  ...
Read More
Share on:
“
https://t.co/UVcnIyJadI
”