According to the poll, 80% of Americans said strengthening the economy should be the top priority for President Joe Biden and Congress this year.  This was closely followed by “dealing with the coronavirus outbreak,” which 78% said should be a top priority, and “improving the job situation,” which 67% said should be a top priority.  Other issues that rounded out the top half were “defending against terrorism” (63%), “improving the political system” (62%), “reducing health care costs” (58%), “securing Social Security” (54%), and “improving education” (53%).

Democrats risk overplaying their hand if instead of pursuing incremental advancements and focusing on rebuilding the economy, they focus on issues that placate their far-left base but are way down the list of priorities for the rest of the electorate.  Republicans can take advantage of Democrats’ short-sightedness. Voters will likely crave leadership on the issues that impact their daily lives instead of the ones that create good hashtags and opportunities to vilify the center and right. 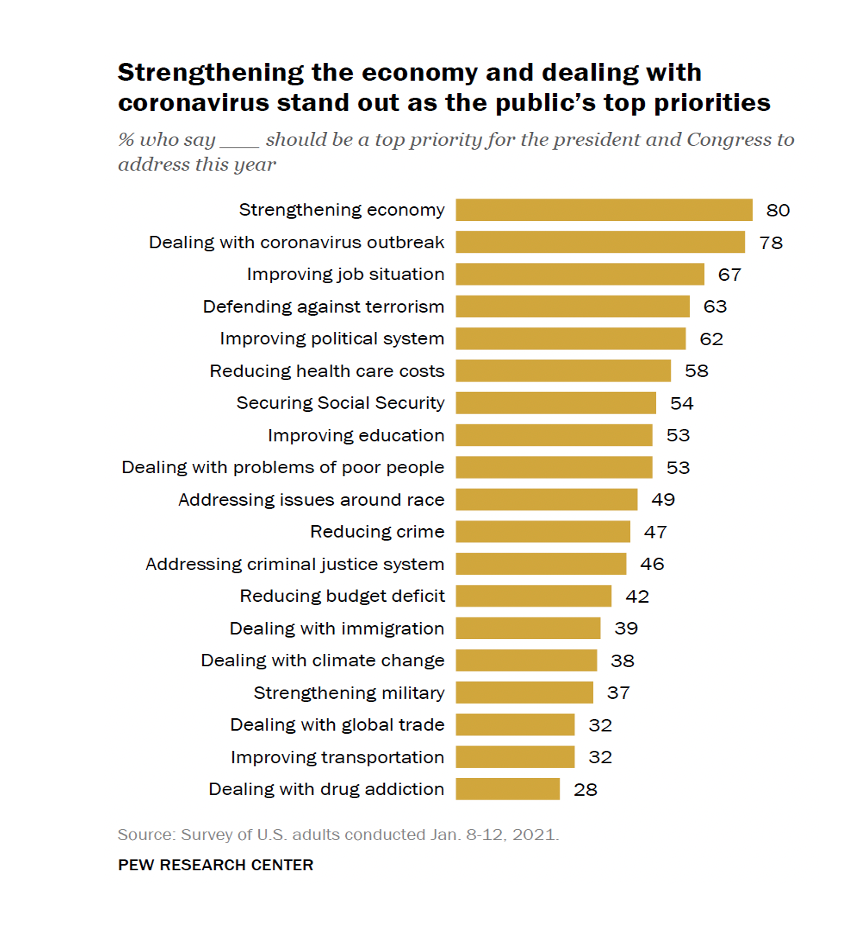