There was lots of talk leading up to Tuesday’s Texas primaries about a “blue wave” rolling over the Lone Star State that would signal a deep red state was turning purple in 2018, with huge implications for the Electoral College in 2020 and the House in 2018.  This was sparked by reports Democrats led in the early vote with 370,000 ballots in the ten most populous counties, compared to the GOP’s early vote of 283,000 in those counties.

But these reports ignored the GOP advantage in the state’s remaining 244 counties that include suburbs, smaller metropolitan areas, cities, towns and the rural parts of Texas.  And they didn’t take into account Election Day turnout.  When dawn broke Wednesday, Republicans had 1.5 million votes compared to the Democrats’ 1 million votes.  Democrats did improve on their past performance.  According to data in the Texas Tribune, Democrats received their highest number of midterm primary votes since 1994.  But Texas Republicans received their highest midterm vote total ever.

Tuesday’s results show while Democrats are energized this year, they’re not guaranteed to win key races like those in North Dakota and Arizona.  We will see more Democratic engagement, but it may not be enough to defeat solid Republican candidates running strong and sufficiently funded campaigns. 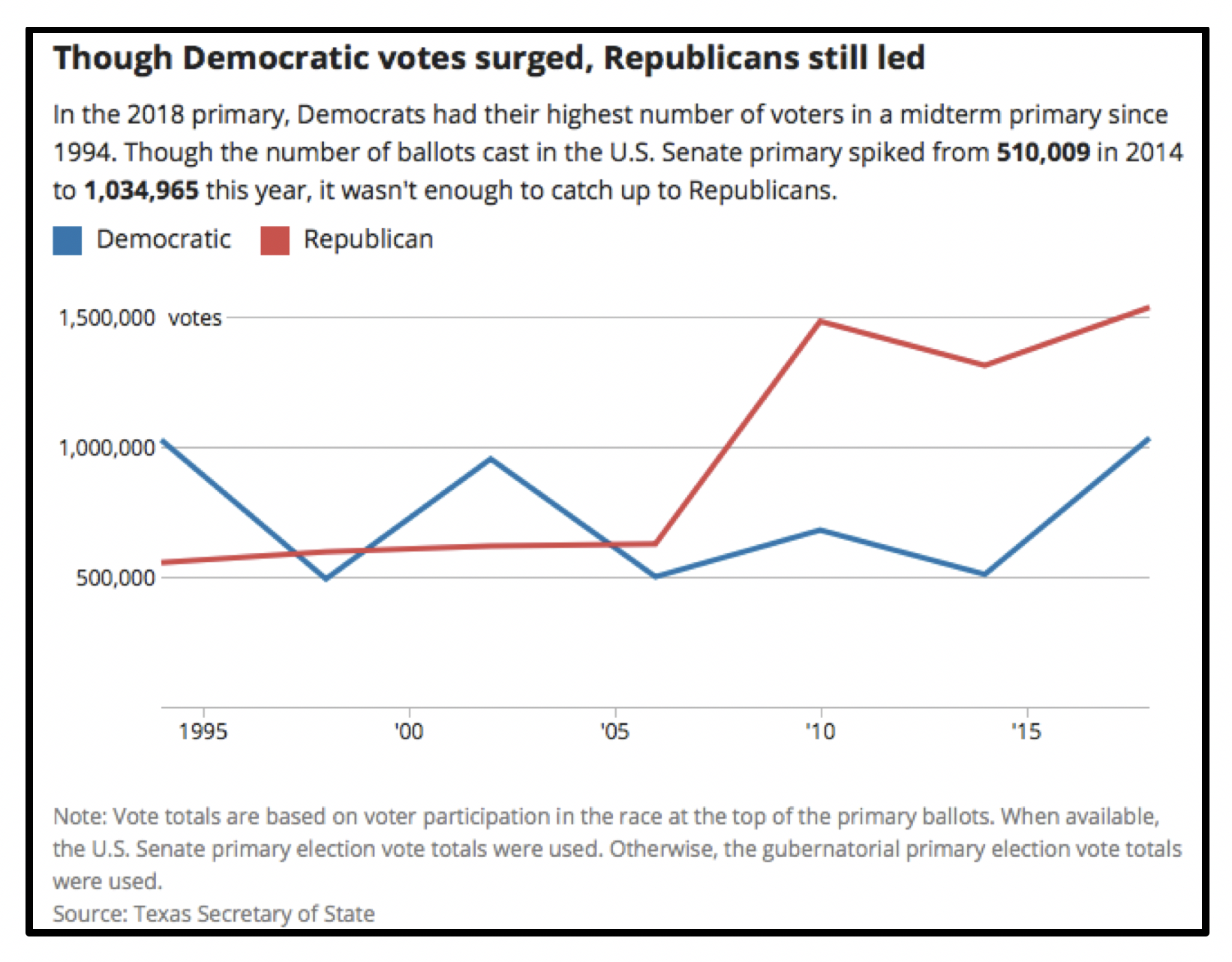