An average of 49% of Americans identified as Democrats, according to Gallup’s first quarter average polling. Only 40% identified as Republicans. This nine-point gap is the largest since Q4 of 2012, when President Barack Obama was elected to a second term. While this gap is big, Democrats had double-digit advantages mid-2006 through 2009 and during Bill Clinton’s presidency. Republicans enjoyed such an advantage in 1991 after U.S. victory in the Gulf War and in 2001 following 9/11. 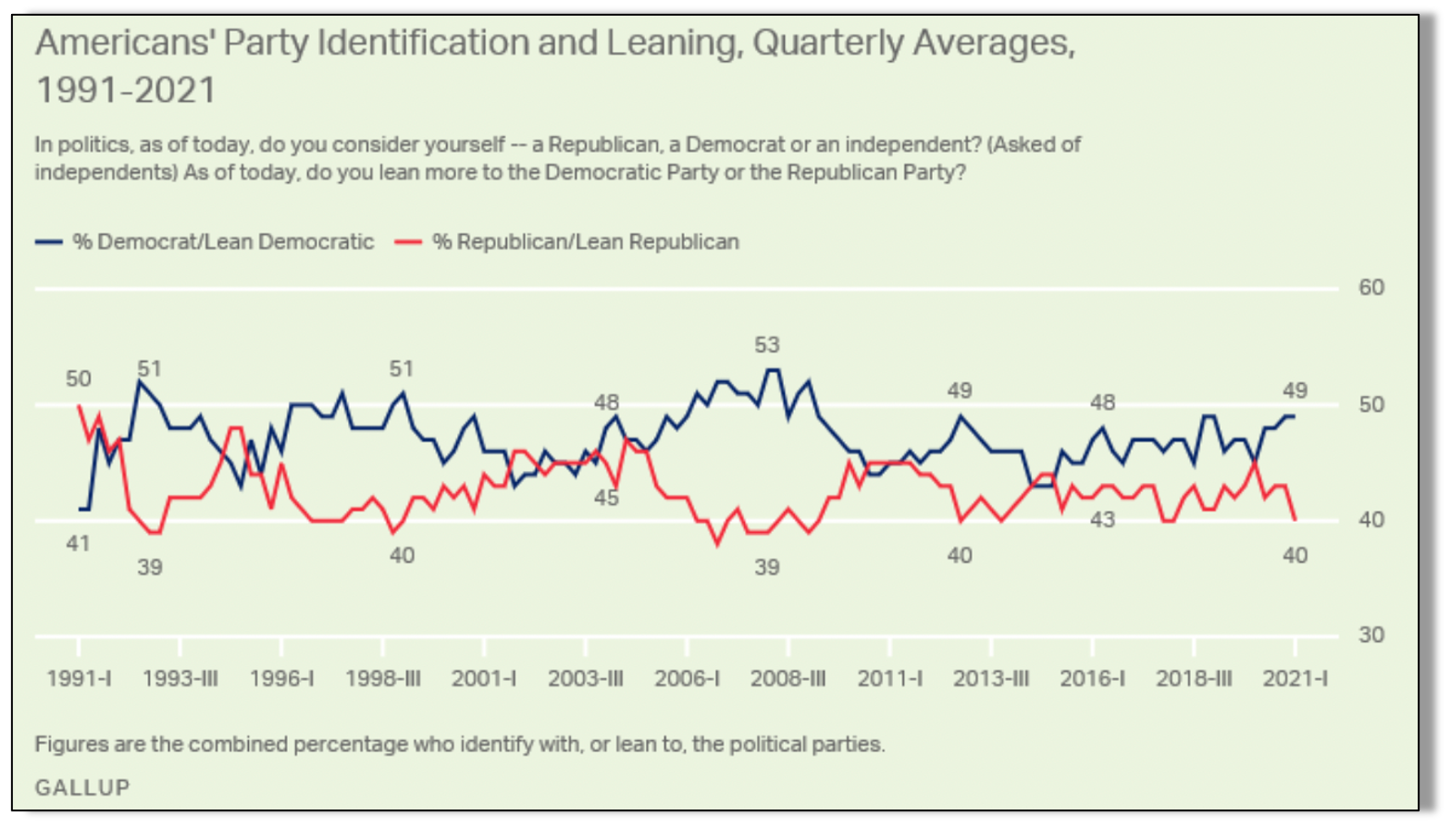 The decline in Republican identification is in large part driven by the rise in Independent identification, which is 44% today.  While these numbers look grim for Republicans – especially after losing the White House and U.S. Senate in 2020 – there’s reason to be optimistic, if the GOP does the right things.  For Republicans recovered from the large i.d. deficit they had compared to Democrats in 2012 and won back the U.S. House and U.S. Senate in 2014.  For history to repeat itself and take back the House and Senate in 2022, Republicans must identify how to get back these freshly-minted Independents who left the GOP recently and then persuade them to return.