Among Republicans and lean Republicans, only 12% said it was important for Democratic leaders to stick to their principles, while 69% said they should compromise and get things done.  Unsurprisingly, 57% of Democrats and lean Democratic said their party’s leaders should stick to their beliefs while 15% said they should compromise.

There is higher intensity in favor of Democratic leaders compromising in the name of progress.  It would be wise, then, for the minority party to find instances – such as providing enough voters to avoid a filibuster on Judge Neal Gorsuch’s Supreme Court nomination – where they can find common cause with the Trump Administration and Congressional Republicans instead of resisting at every opportunity, as Republicans did with President Obama’s two Supreme Court nominees. 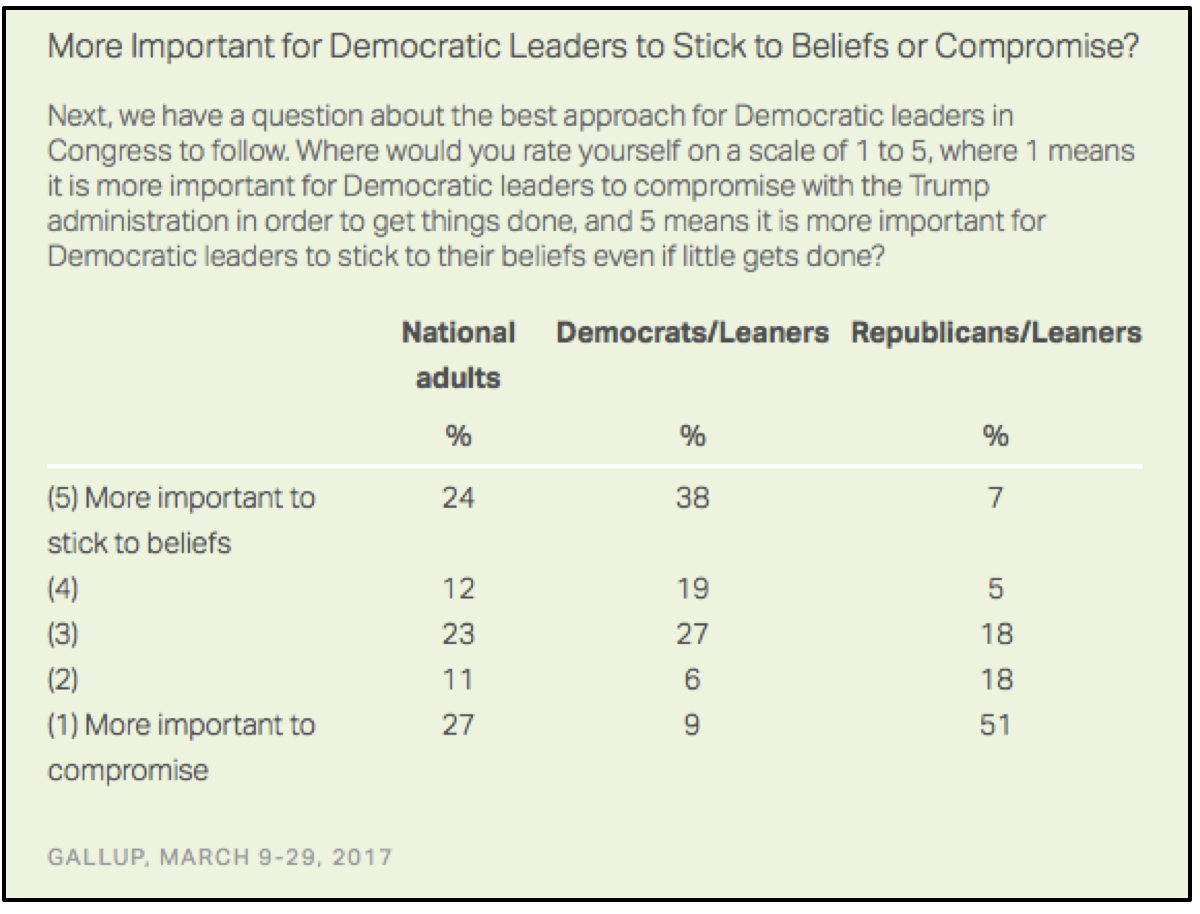