A recent AP News poll finds that of any voting reforms, requiring voters to provide photo identification has the highest overall support and more importantly, the most bipartisan support with majorities of both Democrats and Republicans supporting it. Seventy-two percent of Americans say they favor “requiring all voters to provide photo identification in order to vote,” including 91% of Republicans, 72% of Independents, and 56% of Democrats.

Other voting reforms have close to or more than 50% support, but the support breaks down mostly along partisan lines. Sixty percent of Americans support motor voter which is described as “automatically registering adult citizens to vote when they get a driver license or other state ID,” but this is largely driven by Democrat support (76%). Neither a majority of Independents (46%) or Republicans (47%) support it.

Same-day voter registration has 53% overall support, with 69% of Democrats, 45% Independents, and 38% of Republicans. In-person, no-excuse early voting has 52% of overall support, with 75% of Democrats, 36% of Independents, and 32% of Republicans. Roughly half of Americans support no-excuse absentee voting (52%) and voting rights for released felons (51%), both driven by strong Democratic support (78% and 68%, respectively).  The one reform that has less than 50% support is sending a mail ballot to every registered voter (43%).

It is trendy right now to offer falsehoods and political slants regarding voter ID, but the truth is, not only is it commonsense but most Americans – including a majority of Democrats – support it. 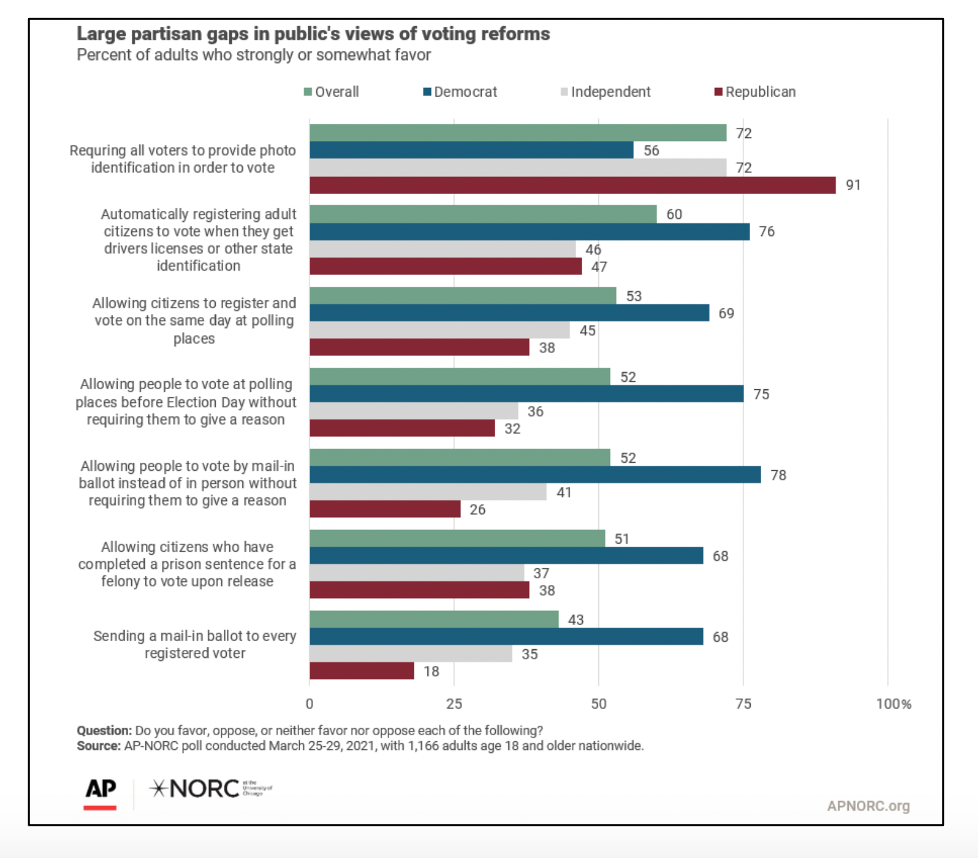