A new poll from the Pew Research Center shows that approximately 50% of American adults believe the social media networks’ ban on former President Trump should not be permanent, while 49% believe it should. The divide breaks mostly along partisan lines, but more Democrats are sympathetic to the former president’s situation than there are Republicans who believe the ban should remain.

Among Republicans, 88% believe President Trump should be allowed to return to social media; self-described conservatives come in slightly higher at 95%.  Seventy-seven percent of Republicans who identify as moderate believe the former president should be allowed on social platforms, while 23% believe his ban should be permanent.

Support for President Trump’s return to social platforms is surprisingly higher than one would think among Democrats.  Eighteen percent of Democrat self-identifiers or Democratic-leaners support his return (compared to 81% opposing) with 22% of conservative- and moderate-leaning Democrats support President Trump’s return to the online public square. 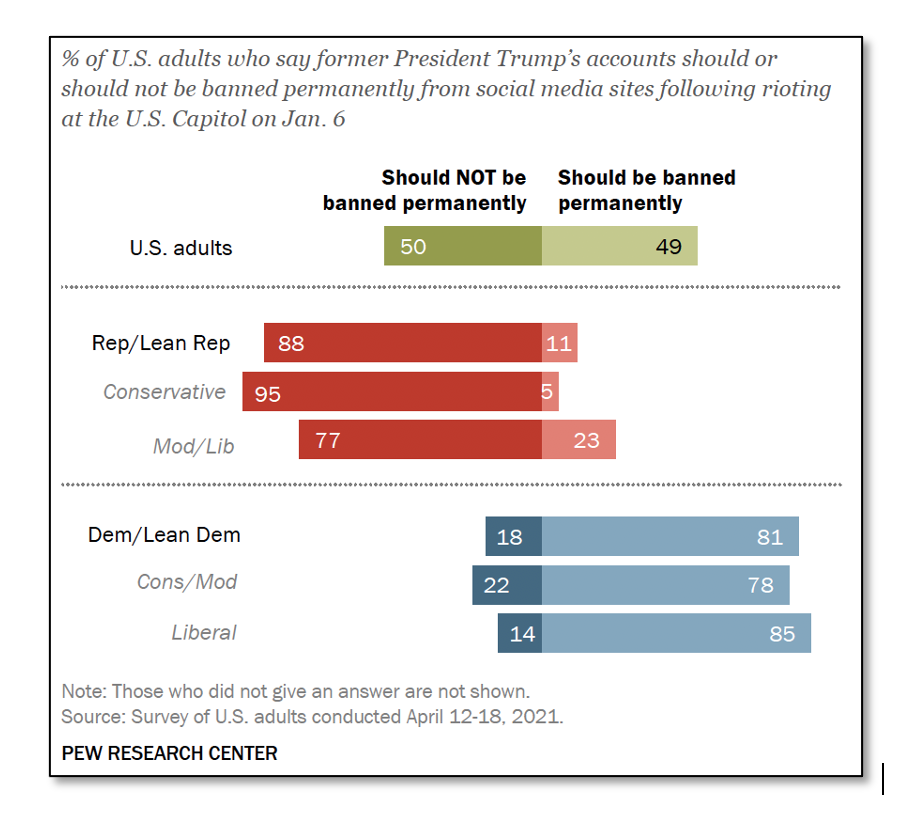 This new polling comes after an initial survey that immediately followed the Jan. 6th assault on the U.S. Capitol in Washington, D.C., in which 58% with social media’s decision to de-platform President Trump.  It also comes as the topic of Big Tech censorship and the possibility of a repeal of Section 230 of the Communications Decency Act of 1996 looms on the horizon.  This issue isn’t going away as public sentiment against censorship continues to grow.