Less Than Half Of Americans Would Support A Socialist For President

A recent Gallup poll found that less than half of Americans (47%) would support a socialist for president in 2020, unchanged from 2015.  Only 19% of Republicans and 49% of Independents would support a socialist, compared to 74% of Democrats who said they would.  This comes while more and more Americans are open to other religious groups and minorities for president.  For example, more Americans would support a black, Catholic, Hispanic, female, Jewish, evangelical Christian, gay, younger than 40, Muslim, older than 70, or an atheist today than those who said they would in 2015. 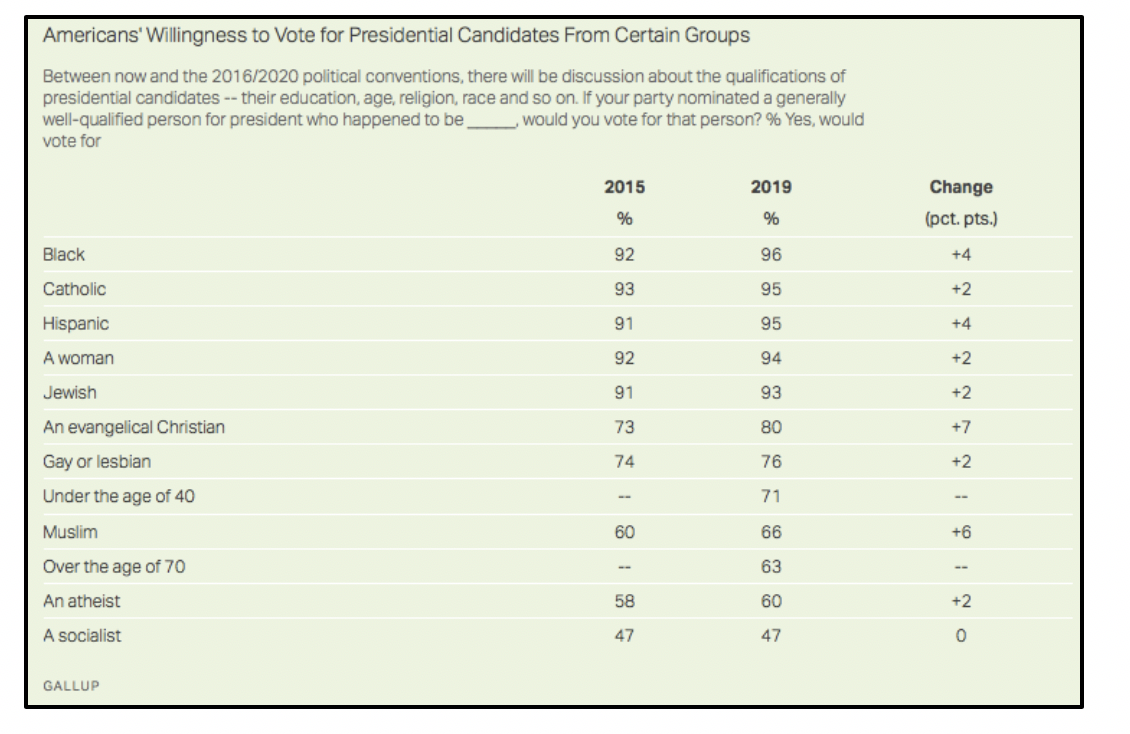 The 2020 Democratic presidential field is wide and diverse, and though 74% of Democrats would support a socialist, Gallup’s findings show that choosing one as the nominee would not be putting the best candidate into the fight against President Donald Trump.  If Americans view socialism in that negative light, they are likely to feel the same way about socialist-like policies.  Socialist polices that are becoming mainstream in the Democratic party – like single payer, government-run health care and confiscatory taxes on businesses – should turn voters off as well and provide openings for Republican candidates up and down the ballot to offer positive alternatives.