Are Presidential Elections More Competitive Than Ever?

Fivethirtyeight.com took a look at the national popular vote in presidential elections since the Civil War Era and found that they are more competitive – closer – today than ever.  Since President George H.W. Bush’s election in 1988, the national vote margin in presidential contests has been smaller than ten points.  The only other time period that is comparable is 1876 to 1900, when there were seven consecutive single-digit presidential election margins.

Fivethirtyeight.com notes a single-digit victory like President Barack Obama’s seven-point win in 2008 strikes us as a big win.  However, when put into perspective, out of twenty-one presidential elections from 1904 to 1984, there were only nine with single-digit margins. The other twelve were double-digit blowouts.

What does this portend for 2020?  In this polarized era, some view the presidential and down-ballot races as battles between the two parties’ bases where turning out more of your party’s base decides victory.  But while the base is important, it is often not enough with competitive races being decided by such small margins.  In the presidential race and many statewide contests, the comparatively small block of undecided and swing voters could make all the difference.  To pull enough swing voters to their side, 2020 campaigns will need to use sophisticated targeting to identify swing voters outside their base, and test the best themes and message delivery methods to reach them. 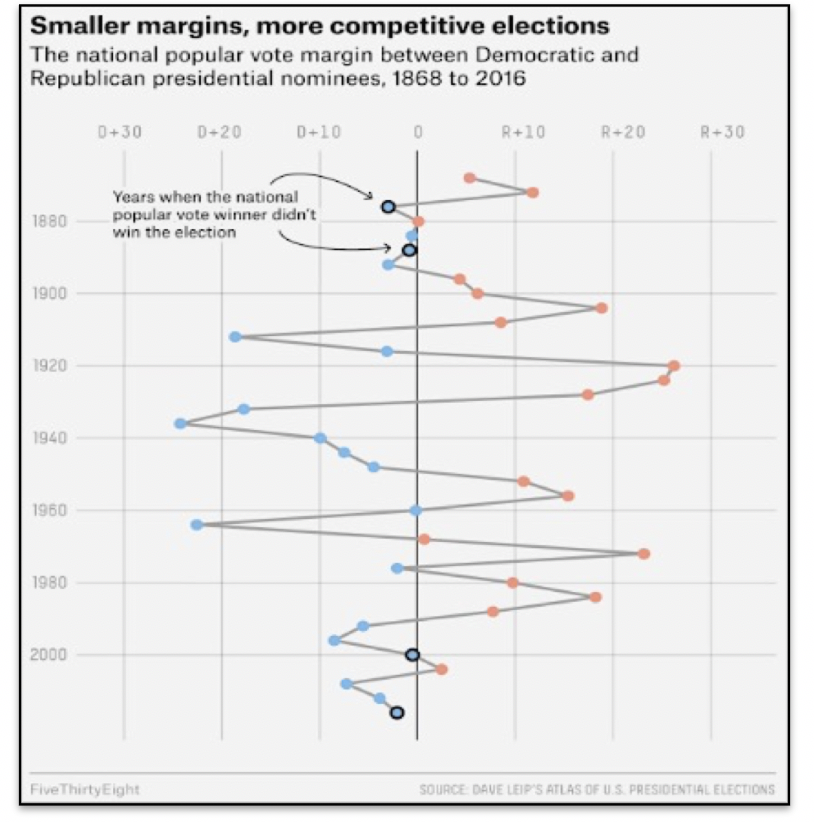