American attitudes toward Russia have dramatically shifted following Russia’s invasion of Ukraine in February. Recent polling from the Pew Research Center shows that today 7 in 10 Americans see Russia as an enemy. In January, that number was 4 in 10, with almost 5 in 10 Americans describing Russia as a competitor. 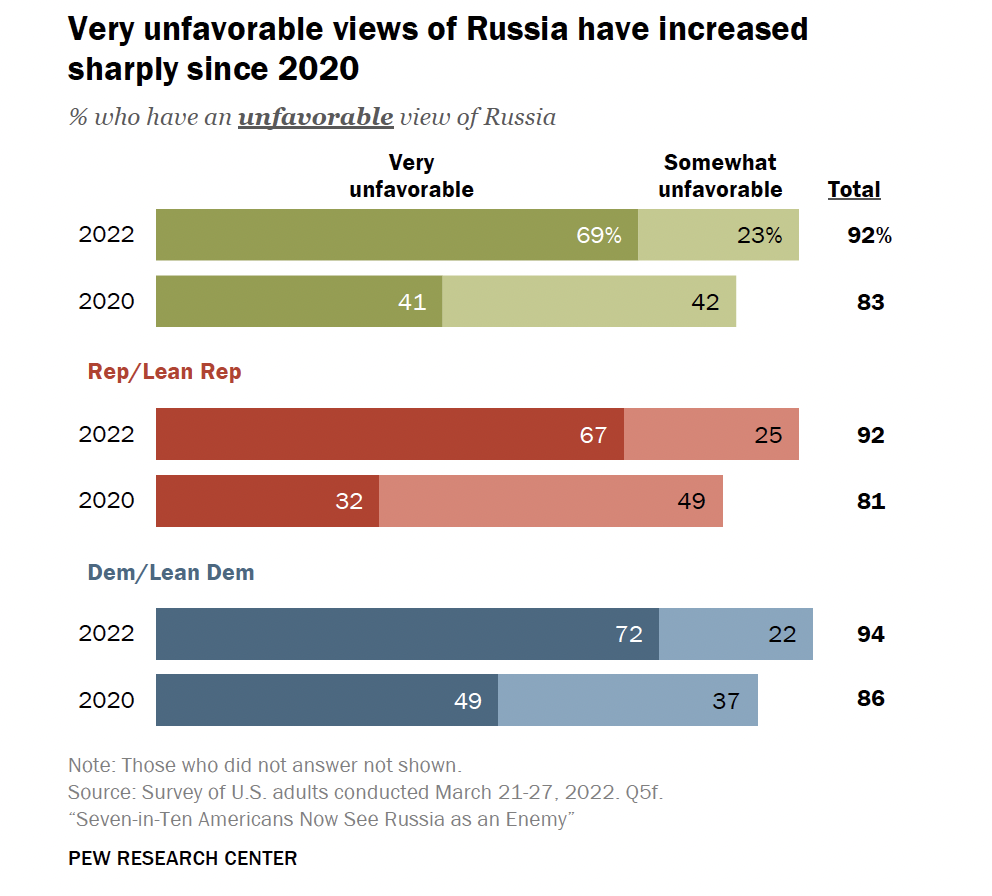 Perceptions of Russia as a major threat is at an all-time high. Republicans are in safe territory hitting Russia for invading Ukraine and linking the steps that led to Russian aggression to those being taken on contemplated by other adversaries of America. Discussing the Biden Administration’s failures on national security and the differences that Republican leadership can make will contribute to a winning message.

Polling News
With roughly seven months until the midterm election, Americans believe economic issues are the most important problem the country faces. ...
Read More
Share on:

Polling News
There’s no doubt that former President Donald Trump remains the dominant figure in the GOP. ...
Read More
Share on:
“
Absolutely right - America has a vital interest in seeing out him defeated and Ukraine victorious. https://t.co/E9P2GQtRP3
”