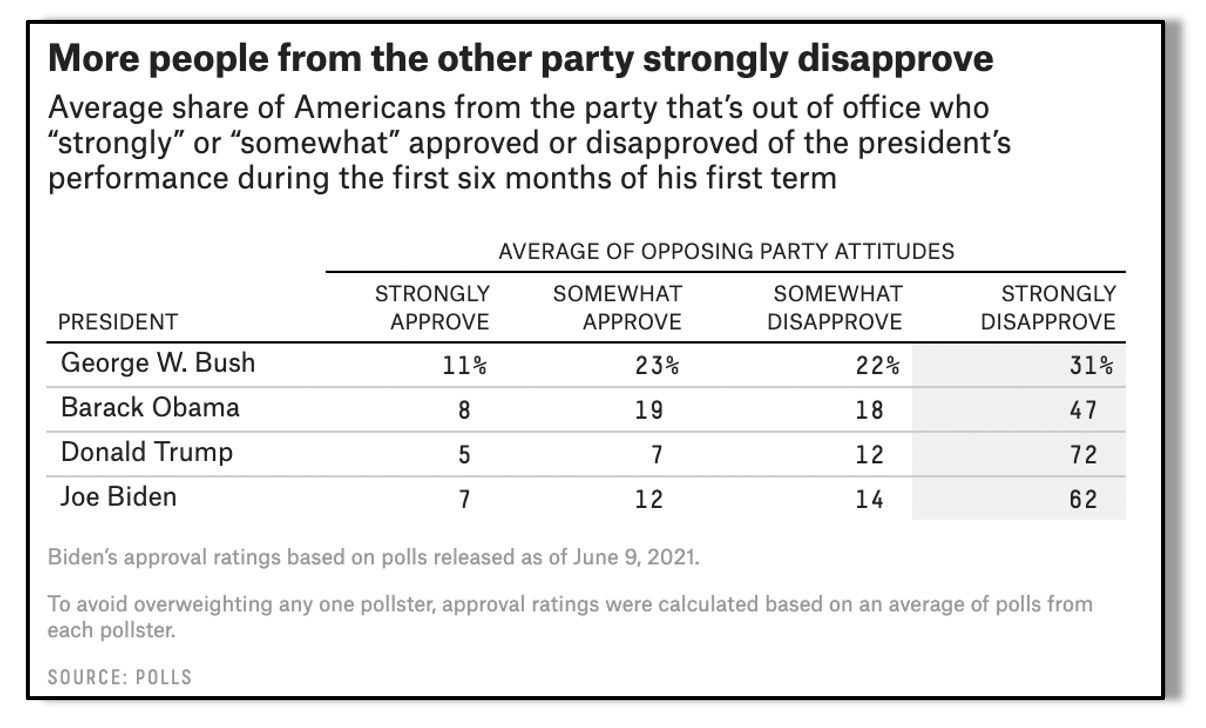 As Fivethirtyeight.com notes, this continues the era of “negative partisanship” seen in Mr. Trump’s years in the White House.  While voters from the party out-of-power were more open to giving a new president a chance in past years, that’s no longer the case.  Perhaps we’re in a moment of tribal partisanship, or this could be a response to the intense, often irrational reaction of Democrats to Mr. Trump.  Republicans, having had to defend Mr. Trump from Democrats and their media accomplices, may now be reacting to Mr. Biden and his actions and the media’s embrace of him.  Republicans and some Independents are clearly taking notice reacting to what they perceived to be Mr. Biden’s radical agenda and fawning press coverage.