Democrats Do Not Understand Medicare-For-All

It is unclear if a majority of the Democrats would be on board with the hard-left’s Medicare-for-All plan if they knew some of its harmful elements.  Meanwhile, Republicans and Independents are more fully aware of the pitfalls: higher taxes, the elimination of private and employer-sponsored insurance, and inability to keep an existing insurance plan.  Republicans must continue emphasizing these elements as Democratic candidates ramp up calls for single-payer health care, especially since Democrats are doing such a poor job promoting any of supposed benefits or mitigating any of its major shortcomings, even to their own party’s members. 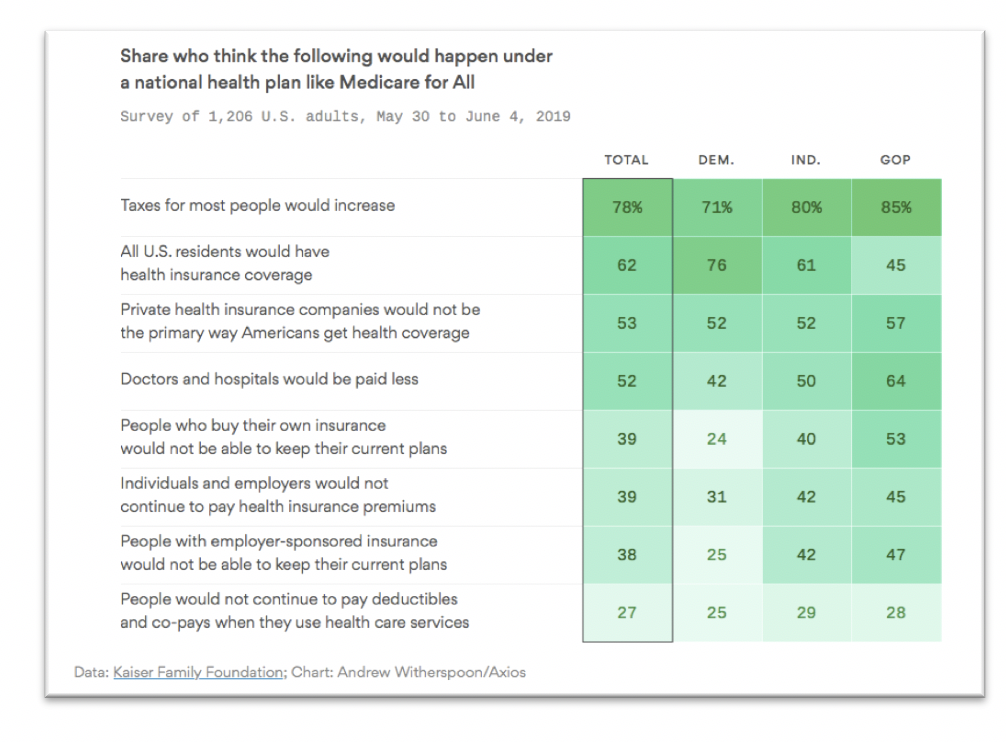