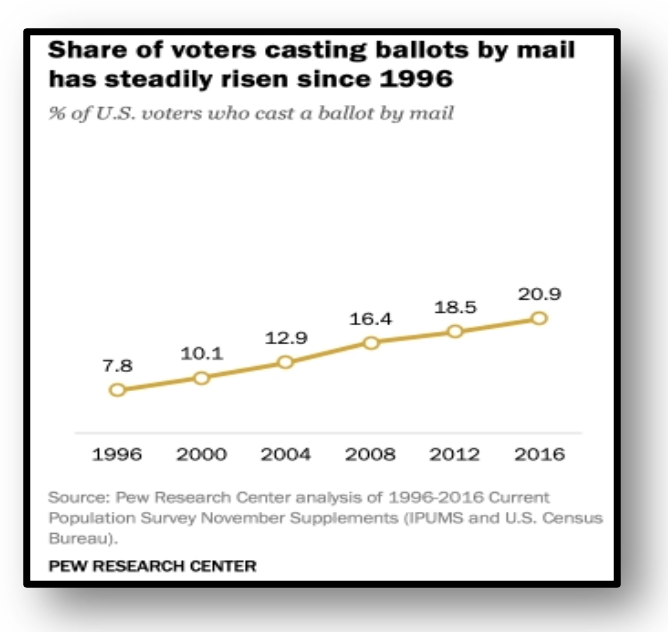 States with plans to expand vote-by-mail in 2020 have different types of mail-in ballot rules and emergency exceptions due to COVID-19. However, vote-by-mail has subtly increased in these states as well. 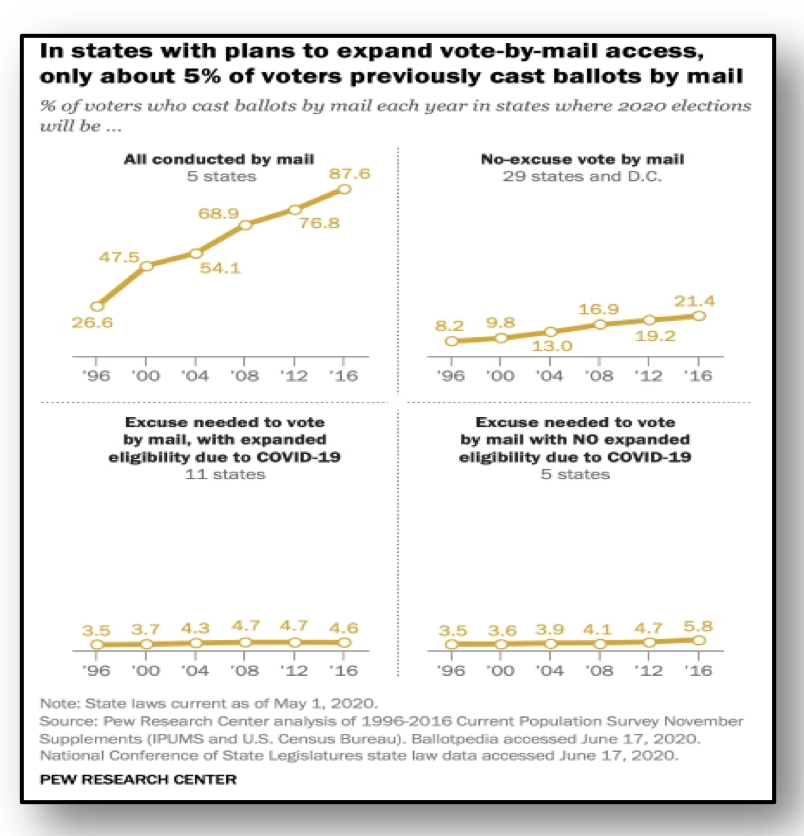 States and the Democrats have pushed for all-mail-ballot elections for some time. President Donald Trump and others have raised concerns about the practice in 2020. Vote-by-mail will undoubtedly increase in 2020, as seen in states like Georgia and New York that held their primaries over this month.  Turnout may not increase at the rate that many predict, however, if historic trends are any guide. That said, smart campaigns will prepare their GOTV efforts accordingly and account for voters making their decision in the weeks before in-person voting on Election Day.