In the post-Trump Administration political landscape, few messages have proven more divisive and led to more headlines than contesting the legitimacy of the 2020 election by Republican candidates. A Dec. 2021 national poll of voters by the University of Massachusetts Amherst found that candidates who continue claiming that President Biden was not legitimately elected are in trouble with independent voters. 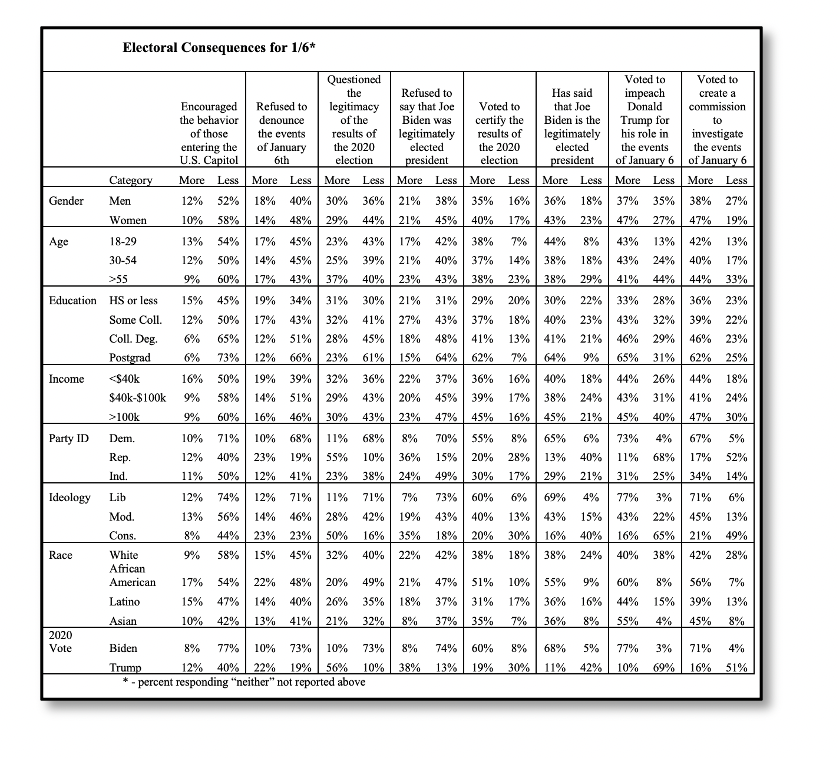 The problem with questioning the legitimacy of the 2020 election extends to another key group, one which Republicans have made gains within recent elections: Latinos. Among Latino voters, refusing to accept the legitimacy of the Biden Presidency tested negatively at 37%, compared with only 18% of Latinos who thought it was a positive. Similarly, Latino voters are 40% less likely to support a candidate who refuses to denounce the events of Jan. 6 versus 14% who were more likely to support that candidate.

There are a number of key contests in swing states this fall featuring candidates who openly question the legitimacy of the Biden Presidency or refuse to denounce the events at the U.S. Capitol. While a red wave is certainly on its way this fall, emphasizing both these stances could put Republican chances of victory at risk in many statewide contests, especially for secretary of state posts, but also possibly in races for attorney general and governor. The outcome of these races will show how claims of election fraud in 2020 might play out with voters in 2024, especially in states likely to be key battlegrounds in the next race for the White House.