Some observers are acting as if the death of George Floyd and protests around the country has cast Americans into two tribes.  One tribe is only focused on the death of Mr. Floyd as the latest example of lethal systemic injustice that must be fixed, and the other tribe is focused on the mindless violence rising in America’s cities that’s ruining lives and businesses.  However, there is a third tribe often overlooked – those who believe Mr. Floyd’s death was a tragedy and gross injustice while simultaneously believing that senseless violence is the wrong response and undermines the cause for justice. According to a June 2 Reuters/Ispos poll, this third tribe is the majority of the country.

The poll found 73% of Americans support the protests over Mr. Floyd’s death (43% strongly and 30% somewhat), including 59% of Republicans, 67% of Independents, and 86% of Democrats. Only 20% of Americans oppose them. 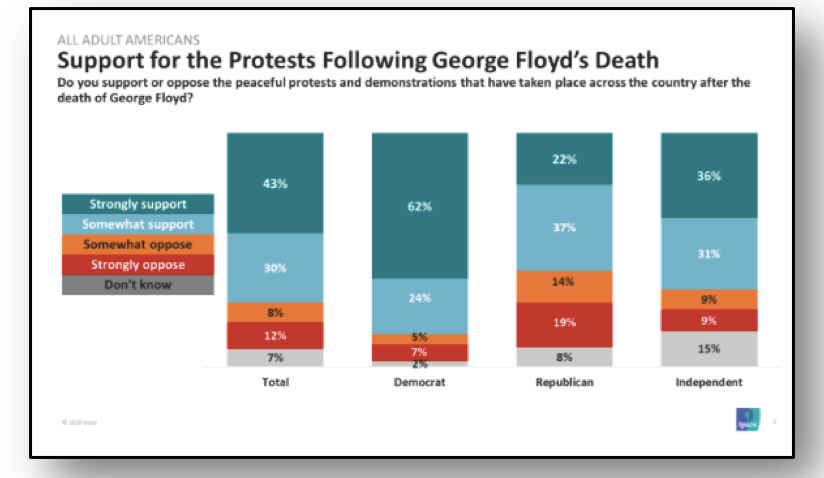 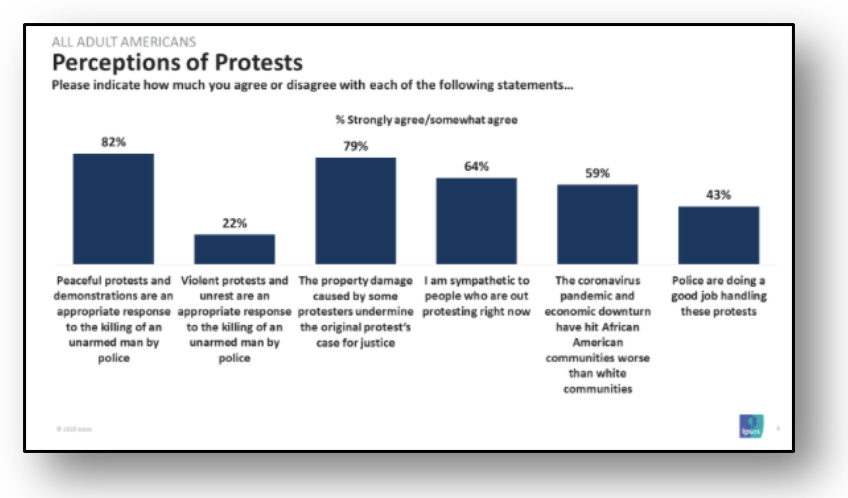 These numbers show that Americans are not as polarized as some might believe. The country is hoping for leaders to summon unity in confronting the injustice that caused Mr. Floyd’s death, while also rejecting the looting, violence and destruction in U.S. cities.  Leaders who rise to the occasion and do both with empathy and strength will not only gain an electoral advantage, but also help heal and unite America during one of its tougher times.