According to eMarketer’s 2019 Mobile Report, for the first time ever, U.S. consumers will spend more time in 2019 using their mobile devices than watching television.  This year, the average U.S. adult will spend three hours and 43 minutes (3:43) on their mobile device, compared to three hours and 35 minutes (3:35) watching television.  Most of this increase is smartphone app-driven. According to eMarketer, the average person spends about two hours and 57 minutes with smartphone apps compared to just twenty-six minutes on their mobile browser.

What does this mean for political campaigns?  Smart campaigns already form specific voter contact plans for target voters who have cancelled their television service or have reduced television viewing in favor of online streaming (“cord-cutters” as they are called).  More and more voters will fall into this category as mobile usage continues outpacing television.  Campaigns will need to adjust in order to make sure they are reaching their targets and using campaign dollars most efficiently. 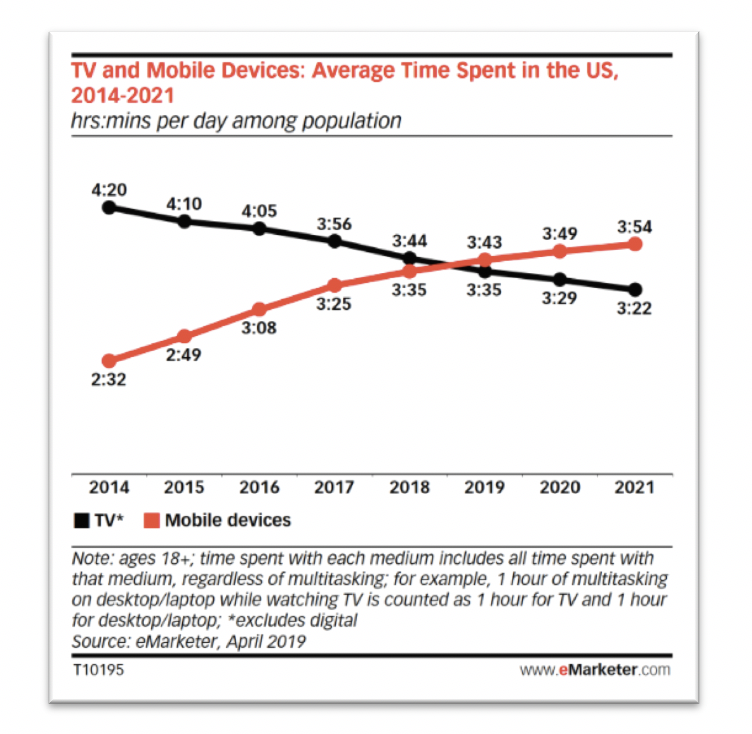