Polling conducted from May 24th-26th by YouGov and Yahoo! News show more Americans view violent crime as a serious problem than do COVID-19. The numbers reflect that in July 2020, 61% of Americans described COVID-19 as a very big problem, compared to 32% in May 2021. Over the same period, those who described violent crime as a very big problem remained steady, moving from 48% to 49%. 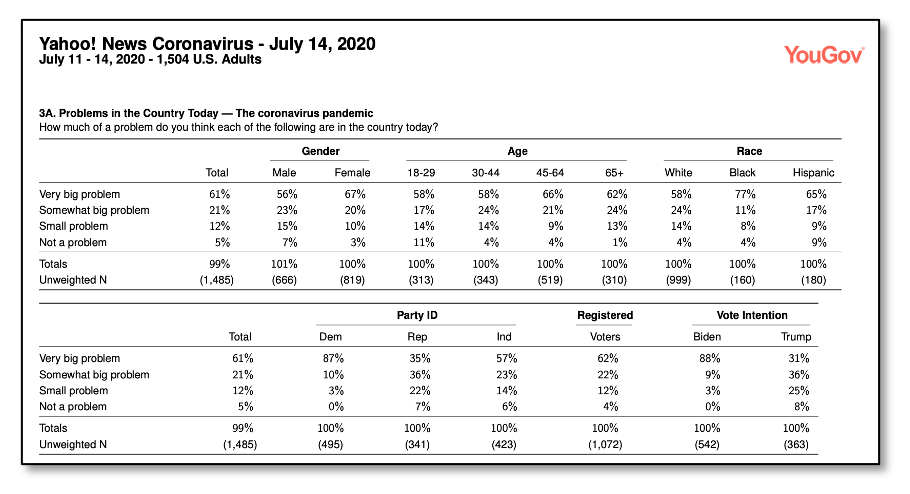 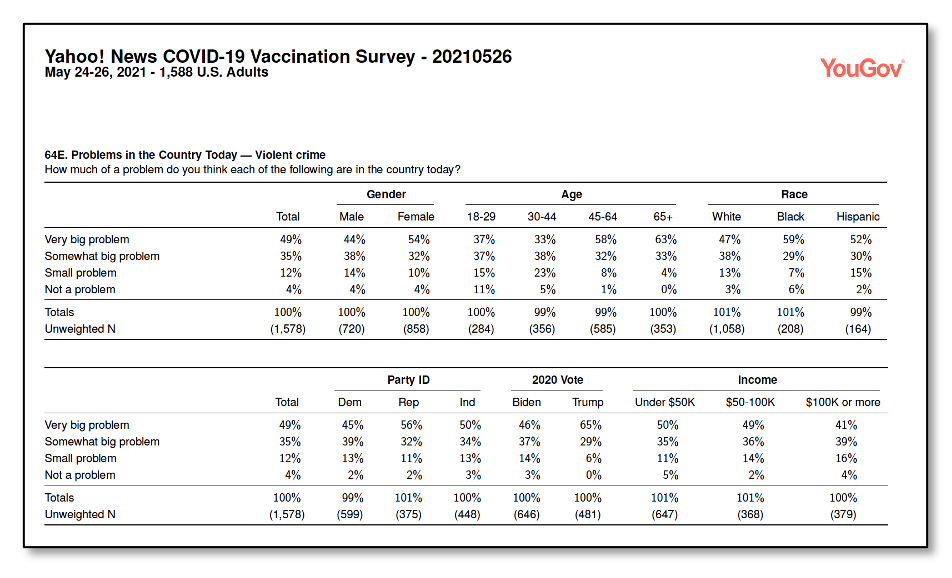 These changes come as America reopens, summer temperatures rise, and violent crime is increasing in cities across the country.  The stark divergence between Democrats who are more concerned about COVID than Republicans and independents who view crime as more important than the pandemic may have a large impact on the 2022 midterms, now 18 months away.