A recent Washington Post/ABC News poll found that President Donald Trump’s overall job approval rating is buoyed by the economy.  According to the poll, 44% of adults approve of the job Mr. Trump is doing overall.  On the economy, however, 51% of adults approve of the job he’s doing.  This is up from 49% in Oct. 2018, right before the 2018 Midterms.  His approval on every other issue is under 44%.  Only 42% approve of his job on taxes; 40% on foreign policy; 40% on immigration; 38% on health care; 36% on gun violence; 32% on abortion; 32% on women’s issues; and 29% on climate change. 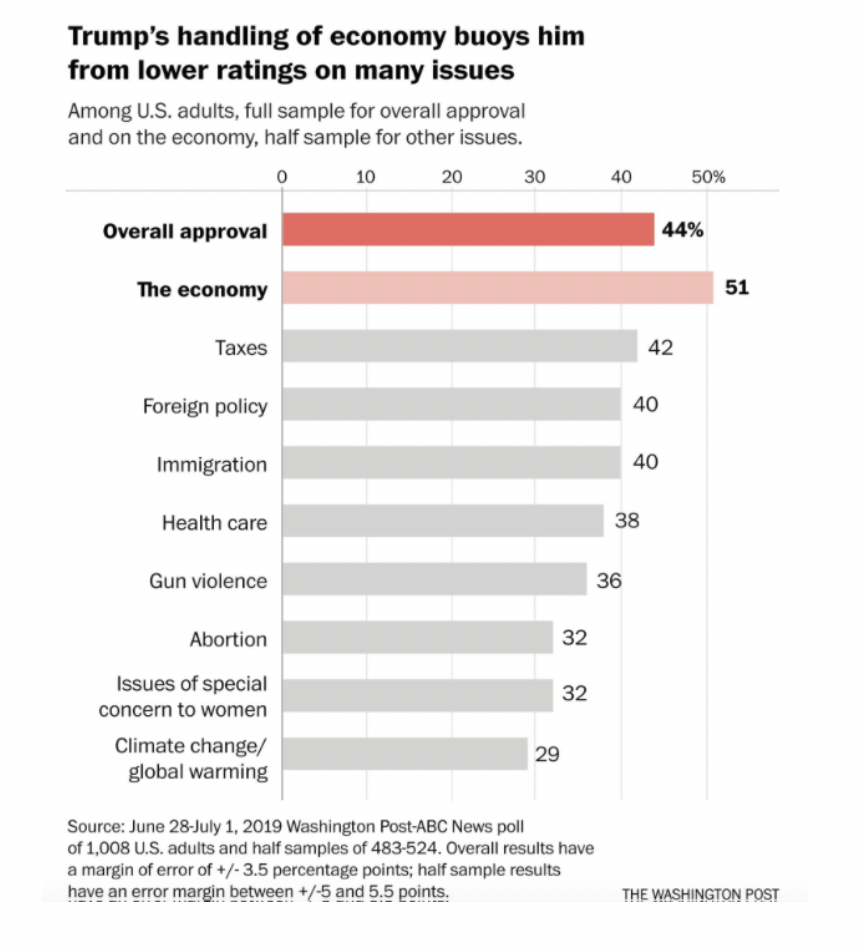 Considering a majority of Americans believe the president is doing a good job on the economy, it will be difficult for Democrats to explain their support for policies that will roll back the gains that have been made.  The Trump campaign and Republicans down-ballot can capitalize on this advantage, especially by highlighting the negative economic impact from left-wing Democratic initiatives like Medicare-for-All.