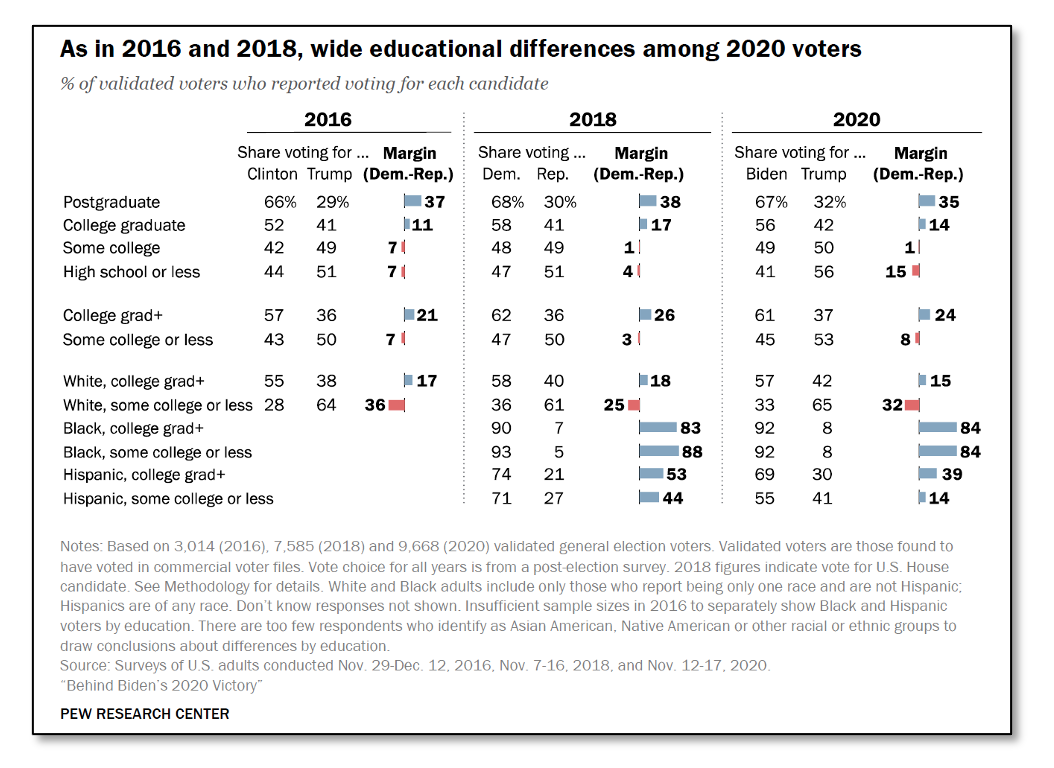 While Republicans have seen minimal improvement within the college educated demographic, those gains have not been enough to make an impact. As the 2022 midterms approach, Republicans will put themselves in a substantially better position by developing messaging that effectively communicates with college educated voters.