Even though the attitudes on jobs and the economy have improved since 2016, Gallup found that Americans still have financial concerns.  In April 2016, 74% of Americans said economic conditions were only fair/poor, compared to just 47% (improvement of 27 points) who say the same today.  In 2016, 53% said economic conditions were getting worse, compared to 45% (improvement of eight points) who say the same today.

While views of the economy have improved, views of kitchen table issues that impact household economies have not.  Americans are nearly as concerned about paying credit card bills (20%), children’s college (36%), normal healthcare (42%), rent or mortgage (30%), normal bills (36%), medical costs for serious illness or accident (51%), standard of living (42%), and retirement (54%) today as they were in 2016.  Those numbers have not changed much over the last three years.

Republicans benefit from positive economic news and sentiments, but should focus on the roots of financial anxieties and offer solutions.  Relying on positive job numbers will not be enough.  Financial concerns over healthcare, retirement, and medical costs, for example, may overshadow positive economy news for many voters in 2020, and candidates from the White House to City Hall should be ready to address them. 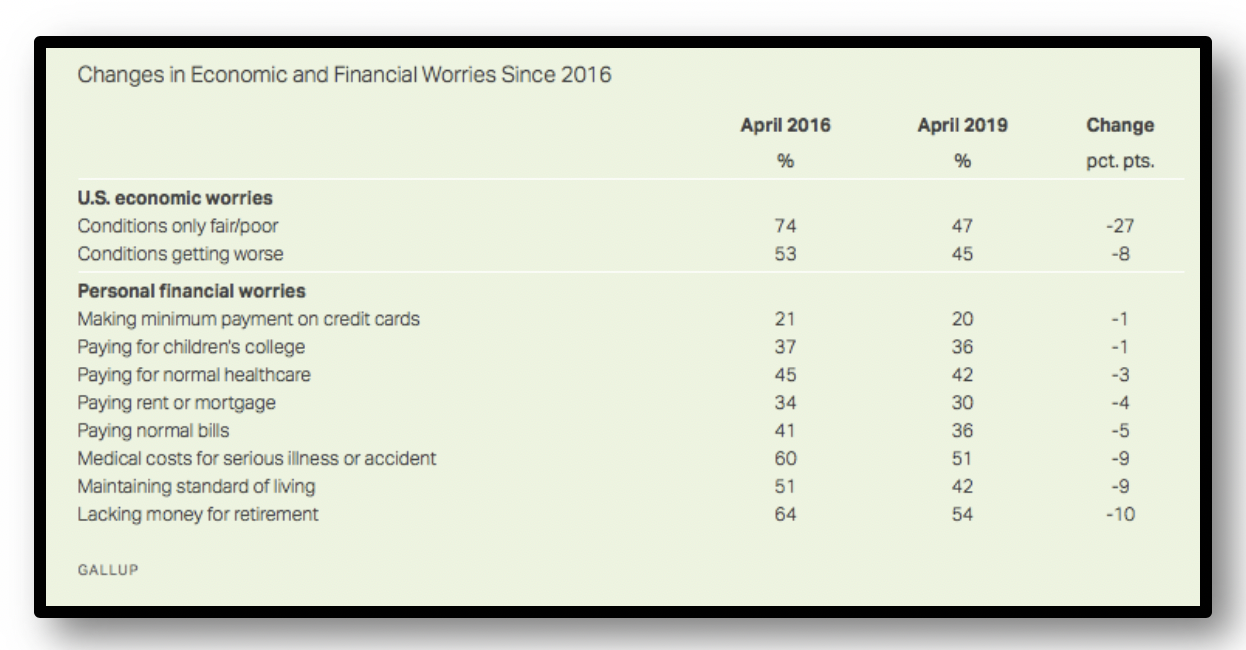