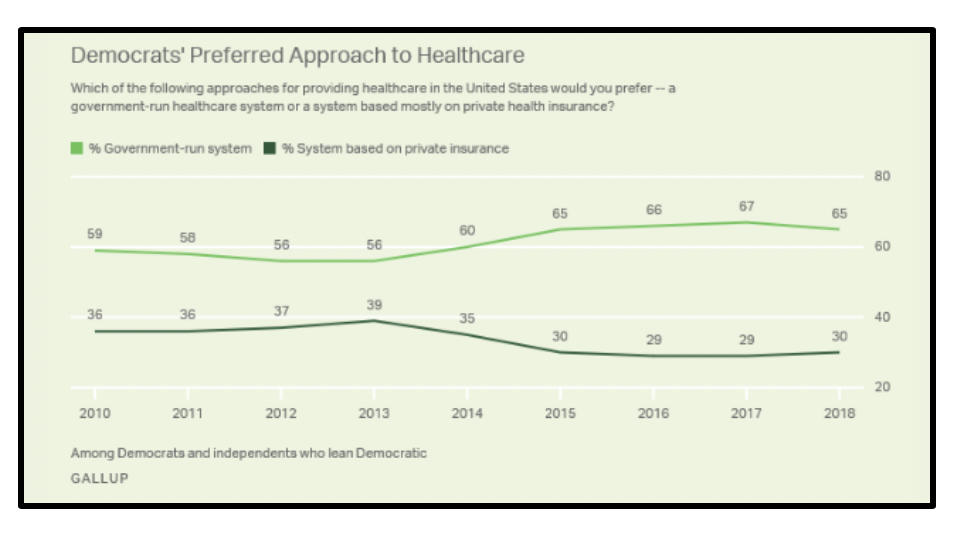 While their numbers may suggest that candidates aggressively pushing to repeal Obamacare and replace it with Medicare-for-All are in a stronger position with primary voters, Gallup also found that 82% of Democrats approve of Obamacare.  Joe Biden’s emphatic defense of what he once called a “big deal” may be a good strategy even though many Democrats believe change is needed.  Last fall, only 31% of Democrats said they believe the Affordable Care Act should remain as is while 58% agreed “significant” changes needed to be made.

Some Democratic candidates are trying to throw knockout punches in the primary over health care, but this may not be the cutting issue within the party they hope it is.  Meanwhile, their proposals for government-run health care may turn-off Independents that Democrats must sway in the General Election while energizing Republicans in opposition.