Impeachment A Losing Issue for Democrats

On Monday, the House’s No. 4 Democrat, Assistant Speaker Ben Ray Luján, announced he favors “moving forward” on impeaching President Trump.  Despite the fact that special counsel Robert Mueller found no criminal conspiracy and concluded the president did not obstruct justice, impeachment fanatics in the Democratic Party seem to prefer stumbling down this road.  But there is a reason why House Speaker Nancy Pelosi opposes impeachment – politically, it is a mistake and could put the more vulnerable House Democrats at jeopardy.

Democrats like Rep. Luján, Judiciary Committee Chairman Jerry Nadler, Democratic presidential candidates, and a growing list of vulnerable House Democrats are on a fool’s errand.  They will not remove President Trump, but will create more division across the country and diminish the standing of Democratic candidates with swing voters. 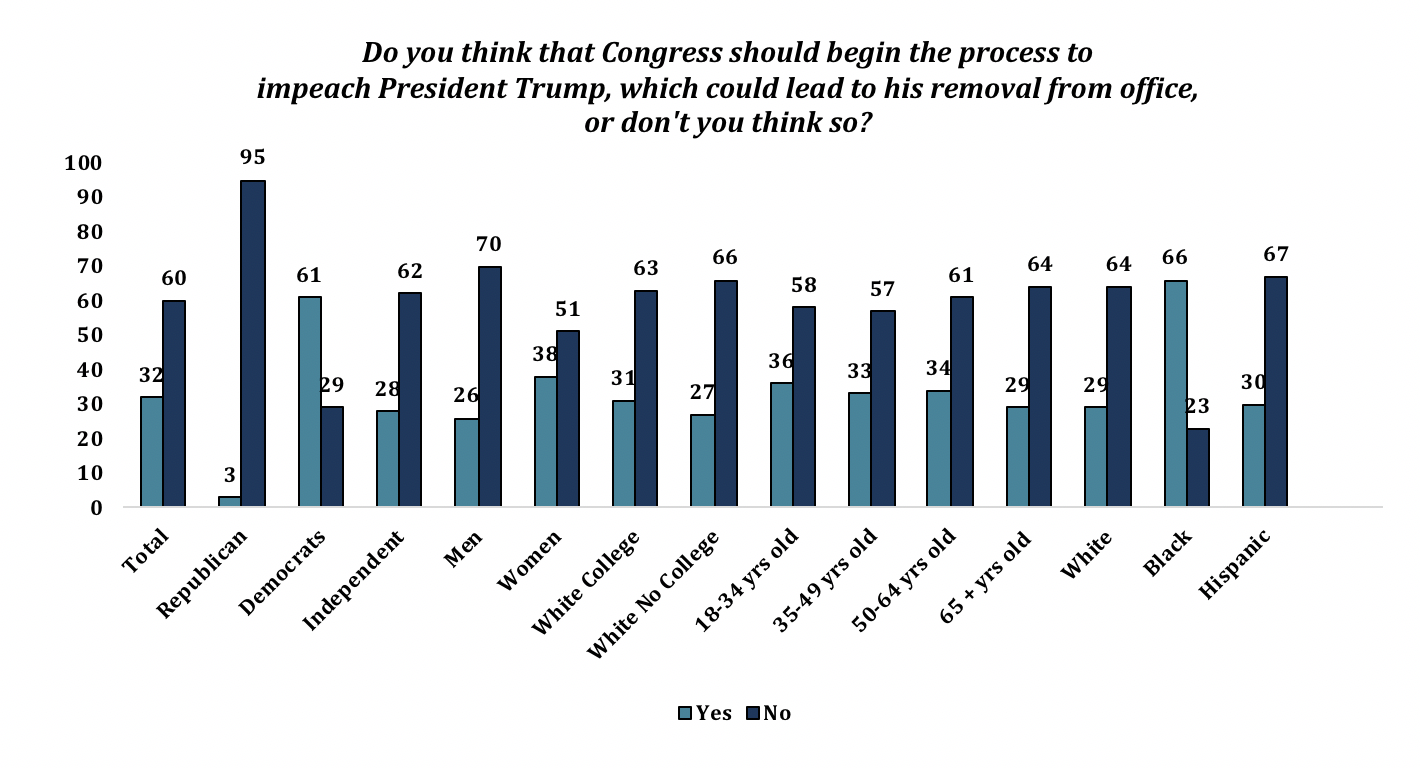