After Senate Majority Leader Chuck Schumer and Senator Joe Manchin (D-WV) agreed on a face-saving spending bill, Democrats passed the so-called “Inflation Reduction Act” without a single GOP vote. Now, recent polling from Hart Research/Public Opinion Strategies for News shows a majority of voters either oppose the legislation or believe it will make no difference. 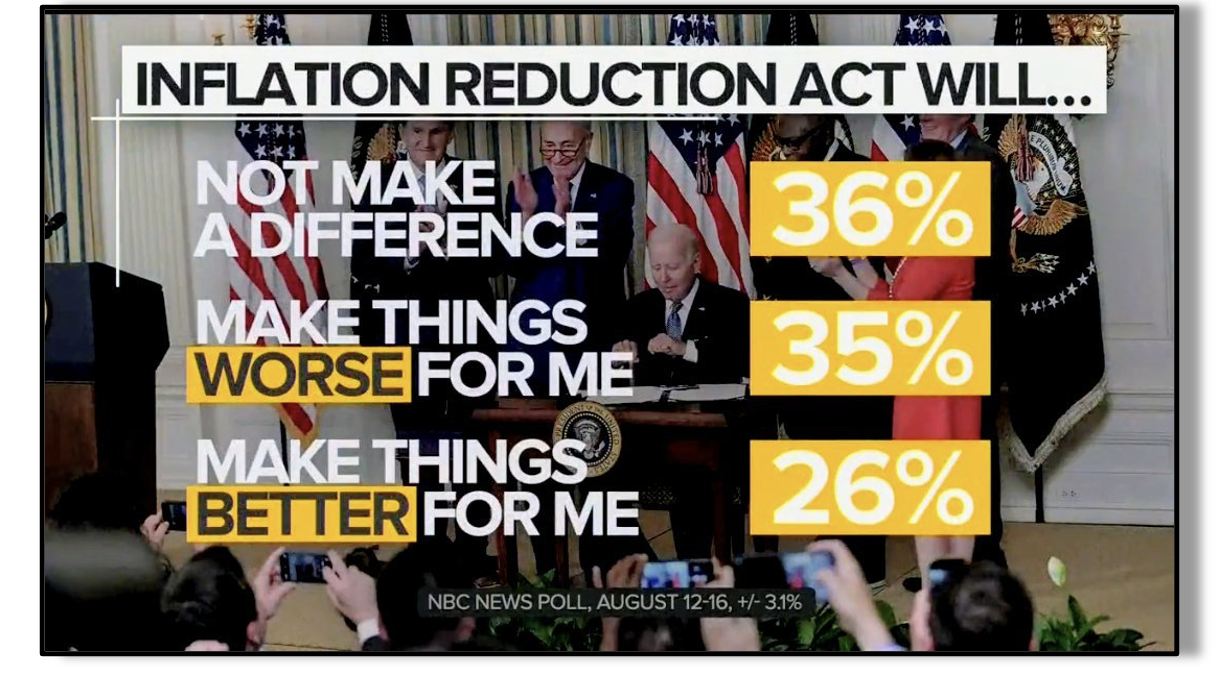 It is staggering that 71% of voters believe a piece of legislation will either make life worse or not affect them. Democrats grasped this, shifting their messaging on the bill almost immediately after passage, and lauded the bill’s green energy and Medicare drug provisions, dismissing the concerns of the 30% of voters who cited the cost of living or jobs and the economy as the most important issue facing America.

This Democratic tone-deafness to the issues that are having the greatest impact on voters’ lives leaves Republicans in a good position to win. Especially while the focus of the conversation around the kitchen table is the economy and the Biden Administration’s defiant inaction on inflation. A focus on the issues that Americans are really concerned about is critical to GOP success in the 2022 Midterm Elections. The GOP must capitalize on the lack of tangible response from Democrats on the economy and cost of living. A messaging path that puts Democratic candidates in a defensive position on these issues is vital to maximizing Republican victories in November.